The 113th LAA can be seen here on the VE Day Parade. We asked various forums to confirm the vehicles.

Immediately the trucks were confirmed as Bedford QLB. The Bedford QL was a series of trucks, manufactured by Bedford for use by the British Armed Forces in the Second World War with the QLB being the Bofors gun tractor. Approximately 5,500 QLBs were built.

Following that, we were able to search forums for the Bedford QLB, which brought up a wealth of info with photographs and details on 370 Battery of the 113th LAA. 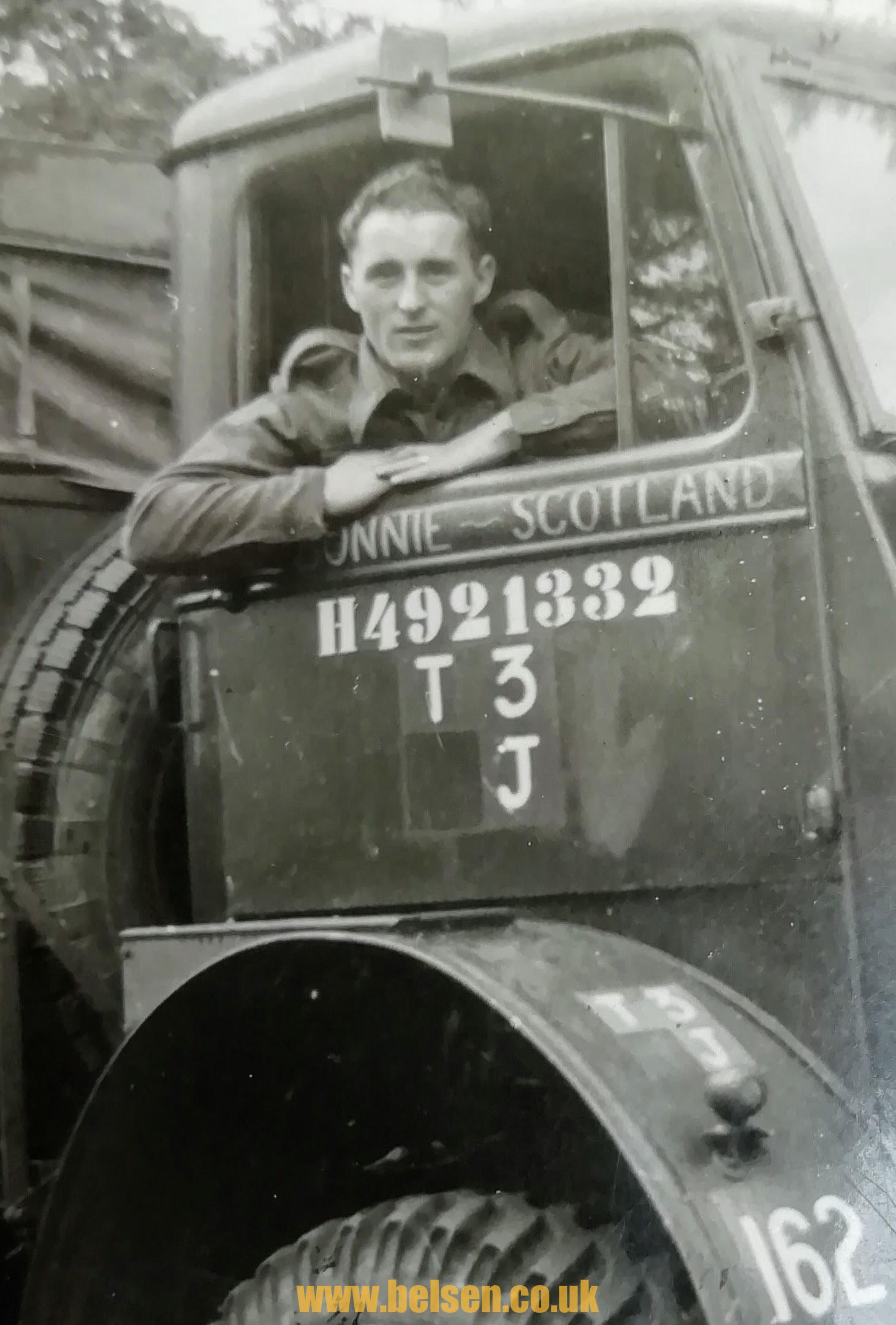 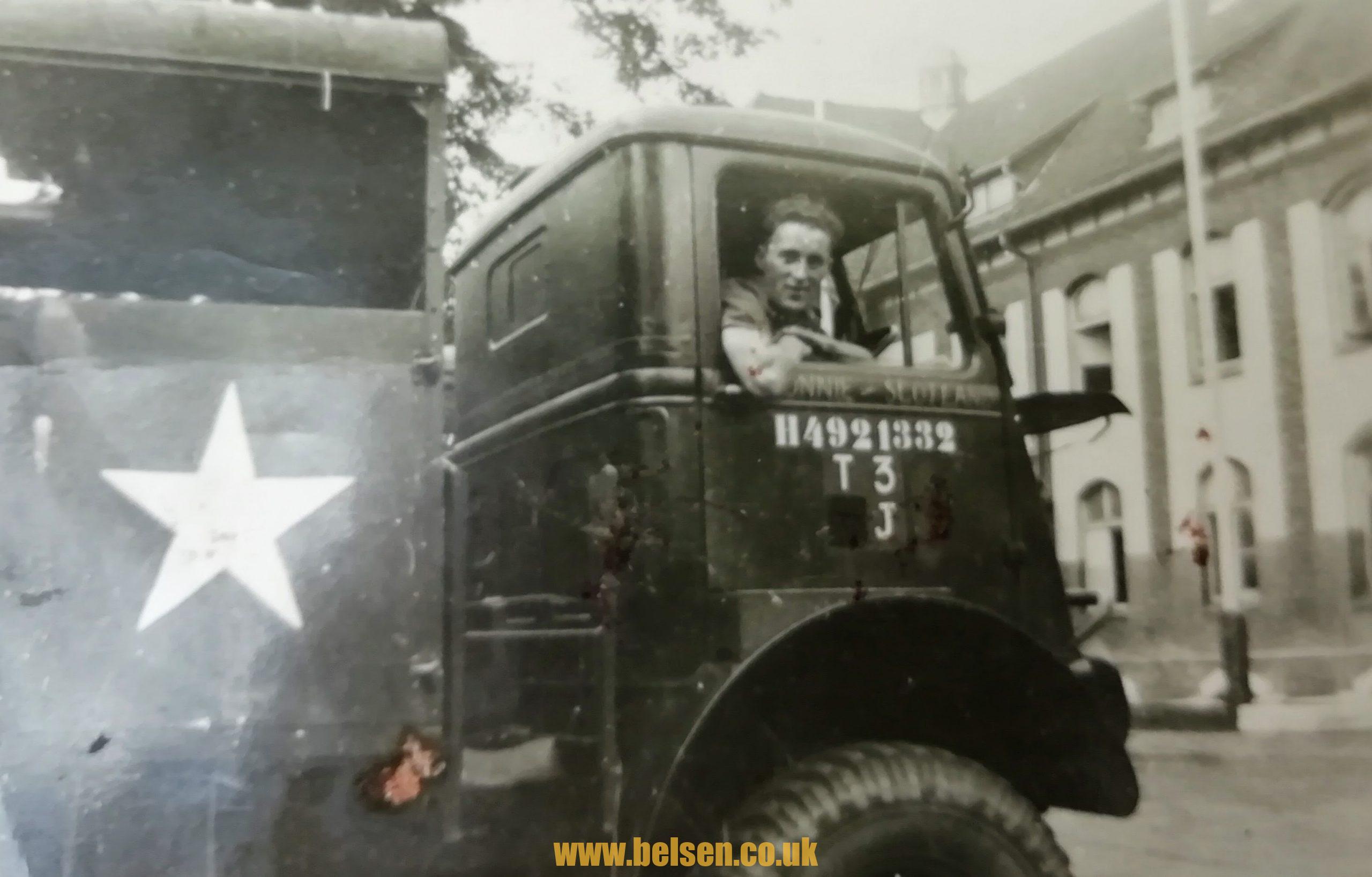 Here, currently an un-named soldier can be seen (although we have requested further details). We think the photo was taken on VE Day for the parade at Belsen. Is this building the same in the first (far right in distance) and last photo?

UPDATE:
I had researched these photos for an article in our club magazine having received a request to identify the vehicle which we had received from the grandson of the soldier featured in the pictures.

*We have not yet found any evidence that the soldier did serve earlier with the 54th LAA Regt, although it remains a possibility which may be confirmed either way if the family secure his military records so you might take that part of the comment out.

The soldier featured in these pictures is James Fagan. James served as a driver/mechanic with the 113th (Durham Light Infantry) Light Anti-Aircraft Regiment Royal Artillery having started his military service before the war as a Territorial with the 5/6th Battalion Argyll and Sutherland Highlanders based in Paisley.

He is shown at the wheel of his Bedford QLB ‘Bonnie Scotland’ which the vehicle markings tell us was Tractor number 3 belonging to J Troop of 370 Battery 113 Light Anti-Aircraft Regiment Royal Artillery. The picture was believed taken at the time of the May Victory parade at Belsen.

With thanks to Roddy Brown, Chairman
The Scottish Military Vehicle Group
www.Scottishmvg.org