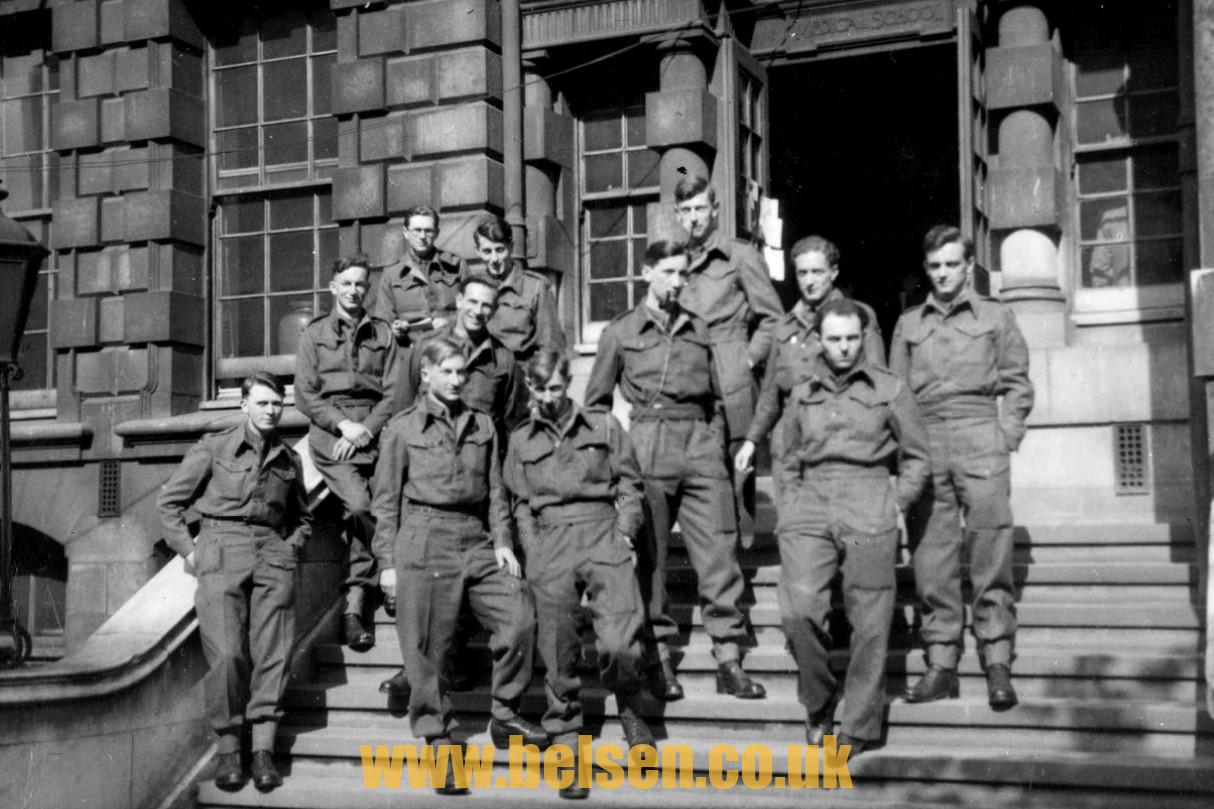 Daniel Oliver Davies
Also known as Dan Davies Died 2 March 1977 (age 52)
Became a general practitioner who co-founded a health centre in Whitstable, established a GP course in Canterbury, was secretary of the East Kent Division of the British Medical Association and served with the Zambia Flying Doctor Service.

Michael Gwynne Douglas Davys
1922 – 12 June 2002
Became a psychiatrist in Harrow on the Hill, who specialised in depression in children.
‘Scenes of indescribable horror, filth, squalor and disease… they have been dying of starvation and typhus at about the rate of 500–600 a day… I have in my hut 300 patients. It is the size of a stable – about 100 are very ill but able to walk or crawl. 200 are lying huddled, next to the dead… I am very tired. We work a very hard 12-hour day. The scenes I have seen here will be vivid memories for the rest of my life.’

David Sells Hurwood
1924 – 22 May 2005
Contracted tuberculosis at Belsen. Later, became a general practitioner in Syston and was a founder member of the Royal College of General Practitioners.
READ MORE…

John Vernon Kilby
Became a GP after a starting a career in anaesthetics.