Andrew Ernest Dossetor
Died 5 December 2013
Due to typhus, his return home from Belsen was delayed. He later became a general practitioner and his case was once discussed in the House of Commons.

Laurence Geoffrey Rowland Wand
1924 – 23 November 2012
Also known as Laurie. After the war was colonel in the Territorial Army. Retired from general practice in 1990.
Read More… 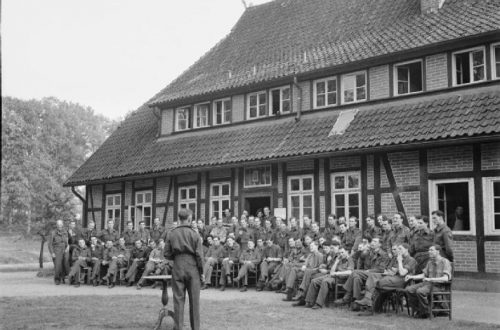