Cartoonist,Ronald Giles,famous as simply “Giles” is remembered for his work published in the British daily newspaper, the Daily Express.In April 2000, he was voted ‘Britain’s Favourite Cartoonist of the 20th Century’.

He was the son of a tobacconist and a farmer’s daughter. He was nicknamed “Karlo”, later shortened to “Carl”, by friends who decided he looked like Boris Karloff. After leaving school at the age of 14 he worked as an office boy for a film company in London’s Wardour Street, before being promoted to animator for cartoon films. In 1935 he began working for director and producer Alexander Korda on a colour cartoon film with sound, The Fox Hunt.His cartoons appeared in the Daily Express newspaper and used his cartoon family to illustrate and comment on topics of the day. Notable is ‘Grandma’ seated with knitting. A bronze statue depicting Grandma looking up at the newspaper office window in Ipswich, England where he used to work Giles was rejected for war service, due to being blind in one eye and deaf in one ear following a motorcycle accident, but made animated shorts for the Ministry of Information, while some of his cartoons were reprinted in poster form for the Railway Executive Committee and others. In 1945 he became the Daily Express’s “War Correspondent Cartoonist” with the 2nd Army. 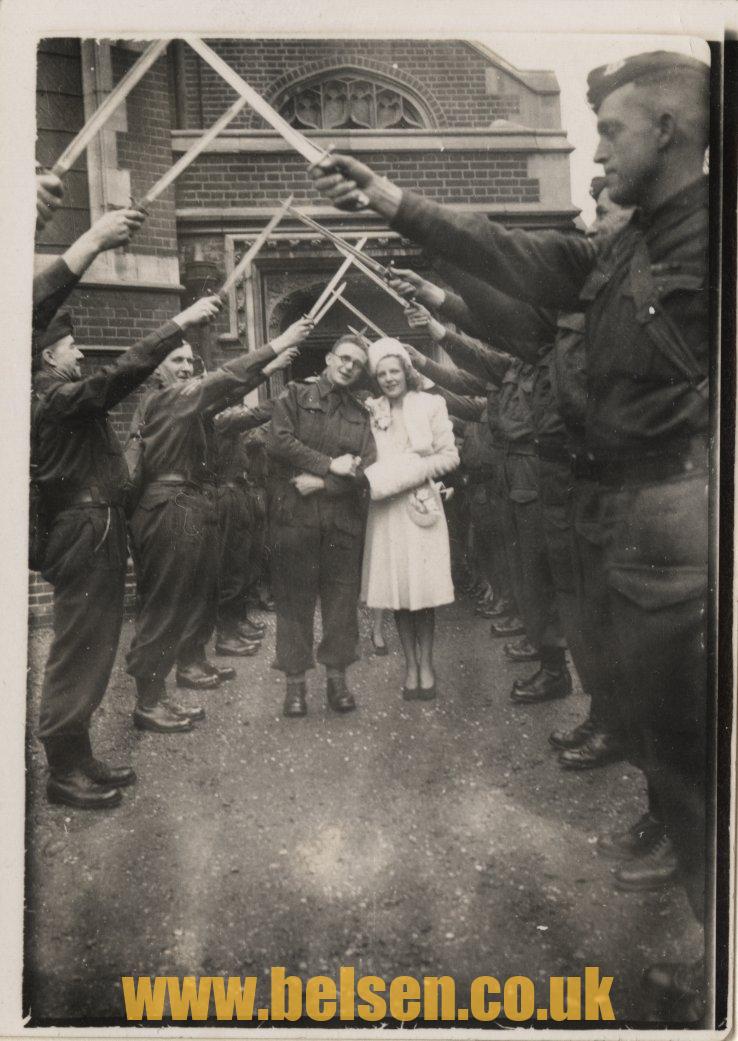 When Mussolini was executed in April 1945, Giles was one of the few people who felt a sense of loss: “I sure hated to see old Musso go. He was half my bloody stock in trade.” A few days later, Giles did not feel such loss when the other half of his ‘stock in trade’ shot himself in a Berlin bunker. This was after he witnessed the liberation of Bergen-Belsen concentration camp by the Coldstream Guards. The unimaginable sights and sounds he encountered that day never left him. “You could actually hear the screams and the shouting, from what I suppose you would call the depot, where a train full of prisoners had just drawn in. All you could do was look and just try to absorb what you were seeing,” he said. Initially, Giles did not want to enter the camp at all, but a fellow colleague from the Daily Express told him, “You have to go in, Carl. We both have to. It is important that we see it so that we can pass it on. Tell the world. We have a duty. We have to go in. We really do. When you see this in the papers back home you won’t want to believe it, any more than will the readers. We have to confirm to them that this place existed. We must go in.” Giles enteredthe camp and was truly horrified by what he saw. The Express had asked him to draw the full ghastly horror and tragedy that he witnessed there, but Giles could not bring himself to do so, choosing instead to just draw the various rooms and cells, rather than the thousands of dead bodies that littered the ground. He later noted: “It was the most dreadful, terrible thing in my life. Not a day or night goes by even now when I don’t think of Belsen.”

Giles met the camp commandant, Josef Kramer. He was greatly disconcerted when Kramer admitted to being an admirer of his work. Kramer gave Giles his Walther P38 pistol and holster, a ceremonial dagger, and his swastika armband. In return he asked for a signed original cartoon. Later Giles wrote, “I have to say that I quite liked the man. I am ashamed to say such a thing. But had I not been able to see what was happening outside the window I would have said he was very civilised. Odd, isn’t it? But maybe there was a rather dishonourable reason. I have always found it difficult to dislike someone who was an admirer of my work. And strangely, Kramer was. I never sent him an original. What was the point? He had been hanged.”

In 1959 he was awarded the OBE. Among his fans were the British Royal Family, who often requested the originals of his work.Giles finally quit working for The Daily Express in 1989; his cartoons had been allocated less and less space in the newspaper, and he said that the last straw was being stood up following a trip to London to lunch with the editor. He continued working for the Sunday Express until 1991.He never actually sold any of his creations, preferring to donate them to friends and to charitable organisations, like the RNLI, of which he was Life President and which continues to issue charity Christmas cards each year which bear his work.