My father, Dr Arnold Horwell (Horwitz),who has died at the age of 92, was born in Berlin; his father, Hugo, was the director of the state spirits monopoly. 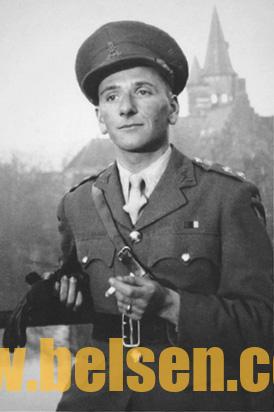 Arnold studied economics; his 1938 doctoral thesis was thelast to be published by a Jew in Germany. He was active in student Jewish organisations, particularly the Hilfsverein,which aided German-Jewish communities. He became its secretary, touring Germany to give support to Jewish emigration. He escaped to Britain in 1939. Having initially being detained as anenemy alien, Arnold joined the British army and rose to the rank of captain. A memberof a small liaison group, (102 Control Section -ED) he was among the first British troops to enter Belsen. Here he was part of the administration team, supervising the rescue of many of the inmates, but sadly having to arrange the burial of many others for whom liberation of the camp came too late. 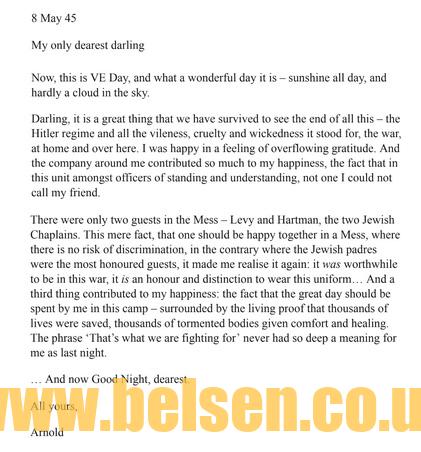 I knew Arnold through the late 60’s to the mid 80’s. He used to have a chat with me over a cup of tea whilst trying to sell his products in various departments. He was not a person who liked to talk much about it but only to people that truly understood the real meaning of trauma. Around the country is was often common to see equipment with his metal tag applied stating “Supplied by Arnold Horwell” In my last job, part of it was going abroad and I was proud to see his metal tag adhered to equipment.
Graham John Corry

“I was sitting at my desk and there appeared a very glamorous officer in an American uniform with a stream of blonde hair coming down from one side of her helmet. It was extraordinary to see a beautiful woman dressed like that. She introduced herself as Capt Marlene Dietrich of General Omar Bradley’s staff. I remember it word for word. It has stuck with me all these years. She asked about her sister. I then drove her off in a Jeep to see her. The sister had been peeling potatoes in a canteen. I introduced her and they embraced. They were very pleased to see each other.”
Der Spiegel, 19th June 2000, p.10