Dr. T.V. Layton SMO and Miss K. Doherty Matron, arrived at Belsen Camp from London on 11/7/45, having reported at 21 Army Group and 30 Corps Headquarters en route – as the signal notifying arrival had not been received no accommodation for U.N.R.R.A. personnel was available.

An invitation however was extended by the Commanding Officier, No.618 Detachment, Mil Gov. B.L.A. for us to stay temporarily at his mess, a farmhouse situated some 15 minutes drive from the Camp. This hospitality was greatly appreciated especially as the officers residing at this mess arranged between them to drive us to and from the Camp. This farmhouse is fairly comfortable but is considered too far out for the convenience of nursing staff on duty in the Hospital.

It was essential for U.N.R.R.A. personnel to make the right contacts on arrival, but this was greatly impeded by the absence of any transport being at their disposal for covering the great distances between the headquarters of the various departments an organisations within the Camp.

Frequent and urgent but fruitless appeals for some form of transport were made because the transport was almost dependent on the generosity and good nature of any passing vehicle, which after four weeks became extremely embarrassing to her and oftimes inconvenient to those driving. In a camp where I
every organisation and all executive officers have their own transport and where distance makes walking out of the question, this was in my opinion not only a waste of valuable time but detrimental to the establishment of a new and important unit in the Camp.

A car and driver was finally procured for the matron on 8/8/45 and has already greatly facilitated her work.

Contacts were made not only with executive officers of HQ Belsen Camp and Mil.Gov., but with personnel of the B.R.c.s. and St.John Ambulance Associations, Girl Guide and Boy Scouts Associations, A.J.D.A. and Vatican Mission, Q.A.I.M.N.S. and R.A.M.C. working in the Camp. Visits were paid to various scenes of activity throughout the Camp, such as Recreation room, a, Kindergarten, Human Laundry, Ordnance, Ration and Clothing Stores etc. as well as to various welfare activities.

A survey of the Hospital was made and observations recorded, making possible an assessment of the number of nursing staff required. An outline of recommendations was forwarded to the Chief Nursing Advisor E.R.O. on 16/7/45.

The situation within the camp was changing so rapidly that it was not possible to estimate more than approximate requirements.

On our arrival the following hospitals were in use: – The “Glyn Hughes” housing a very large number of post typhus, starvation and other cases, large numbers of whom were also affected with pulmonary tuberculosis.

The “Round House” former palatial officers’ Club of the Panzer Training School, housing a very large number of cases of advanced pulmonary tuberculosis, complicated by typhus, emaciation and starvation etc.

The Children’s Hospital where about 100 children, many with acute pulmonary tuberculosis were housed, was in charge of Dr. Collis Professor of Pediatrics, Dublin University. The maternity Hospita1 in charge of a Roumanian D.P. lady doctor where conditions were far from satisfactory.

The “Squares”, blooks of barracks where some thousands of patients were housed and nursed.

All Hospital accommodation was grossly but unavoidably overcrowded:

The 81th British General Hospital staff was in control of the “Glyn Hughes”, the “Round House” and the Squares. The B.R.C.S staffed the Children’s Hospital while the Maternity Block as conducted by the Romanian D.P. doctor with D.P. nurses.

With the evacuation of large numbers of patients and practically all the children to Sweden and the repatriation of any more patients to their own countries, the Round House, Squares and children’s Hospital have closed.

Those patients who were unsuitable for or unable to be evacuated were trans,erred to the Glyn Hughes Hospital.

There is also a children’s and a post natal home conducted by the B.R.C.S both of which it is anticipated will be taken over by U.N.R.R.A. at a later date.

The matter of accomodation for U.N.R.R.A. personnel has been a cause for anxiety since my arrival on ll/7/45. It was only on 4/8/45 that any building was definitelw handed over for that purpose, the day on which the staff was expected to commence arriving. The Round House was first suggested but rejected by the matron on the grounds of unsuitability from the point of view of containing only large reception and ballrooms and inadequate ablution facilities and also because some thousands of patients in the most acute stages of pulmonary tuberculosis and under the most crude, grossly overcrowded and primitive conditions had been nursed there.

The Children’s Hospital as also offered but rejected for the same reasons, although it was considered that with at least two weeks fumigation, airing, scrubbing and cleaning and subsequent painting of the rooms they should be fit for habilitation if other accommodation – as forthcoming. It was suggested as an expedient that the staff should be under canvas during this period of preparation so that no delay
in taking over the Hospital should occur.

A block of buildings occupied by Hungarian soldiers as next offered and inspected. With a great deal of cleaning this would have been fairly satisfactory, if a large messroom and cookhouse could be provided. The Hungarians, who are virtual P.O.W’s protested when they heard the building was to be taken from them and so there arrangements had to be made for U.N.R.R.A. personnel.

A large house situated in beautiful woods, within easy distance of the Hospital was next suggested. It was found that this was occupied by a German woman whose husband had been Commandant of the Panzer Training school. Living with her were some German Red Cross Nurses and several members of the Allied Agricultaral Mission. re were told they could not be moved.

A block of flats occupied by R.A.S.C. was to be vacated on 1/8/45, cleaned on 2/8/45 and handed over to U.N.R.R.A. on 3/8/45. Advance members of the staff were expected on 4/8/45. Unfortunately the R.A.S.C. movements were delayed and, as prevously mentioned, only vacated the top flat on 3/8/45 and the lower on 4/8/45 at 11 a.m. No cleaning was carried out by this unit and as they had been in residence since April 1945 the building was full of junk and in a very dirty condition. Parties of Hungarians soldiers and German women who were allotted for the cleaning, required strict and constant supervision which was extremely difficult without any asssistance. The supervision was doubly necessary as there was a good deal of useful furniture remaining. The organisation of the mess and reception of staff had to be carried out simultaneously without any assistance. A housekeeper at this time would have been invaluable.

On 3/8/45 a second block of flats, occupied by D.Ps. who had volunteered to work in the laundry, were made avalable. These were also extremely dirty and cluttered with state food and rubbish, and required the same intense supervision to accomplish any result.

The first group of U.N.R.R.A. nurses arrived on the 4th of August. Misses Stenhouse, Vanderwall, Szloch (permanent), Sohr and illaert (temporary) and the second, Misses Bartsch, Richards (permanent) and Gillet (temporary) on the 5th.

A11 have been most willing to cooperate in the supervision of the cleaning and the preparation of the mess pending the arrival of the housekeeper which it is hoped will not be delayed much longer. It is however recommended that should it be necessary to set up a large U.N.R.R.A. mess elsewhere in the future, a housekeeper be included in the advance party.

The mess kitchen staff has been most satisfactory. A Hungarian D.P. cook and his two male assistants, who previously were on the staff of the Children’s Hospital. The domestic side has not been so satisfactory. Up to 6/8/45 local German women workers were supplied by the Camp labour bureau reinforced by Hungarian soldiers but the German service ceased on that date. The Hungarians are only suitable for the heavy work and even then are extremely lazy and need constant supervision. Four D.P. Hungarian girls were engaged on 13/8/45 but were not prepared to do the general domestic work and did not return to duty on 14/8/45. On 15/8/45 four others arrived but did not remain. Several others have now been engaged and it is hoped they will prove satisfactory. A sister has been acting as housekeeper, but this is considered a waste of skilled nursing personnel when they are required so urgently in the Hospital during the initial stages of reorganisation.

The matron of the 81th British General Hospital handed over nursing affairs to me on 13/8/45, after an overlap of two days.- a further report will shortly be submitted on my obsesvations prior to taking over and the actual position on assuming responsibility on 13/8/45. 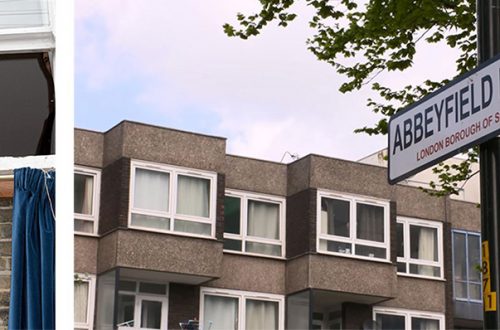