Sergeant with the Intelligence Corps – British Army for six years. Following the liberation of the Bergen-Belsen concentration camp, Tom was part of the team that arrested the SS Guards on 17th April 1945. 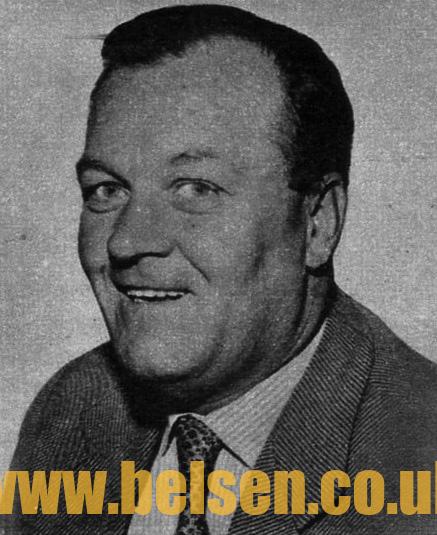 Tom was born in 1911, and he joined the Manchester Evening News as a copy boy when he was 14 years old. Studying shorthand and touch-typing in his spare time, he moved up the ranks and became a sports journalist in 1934, and began covering Manchester United for the paper.

His career as a journalist was interrupted by the war and he served as a sergeant with the Intelligence Corps – British Army for six years. Following the liberation of the Bergen-Belsen concentration camp, Tom was part of the team that arrested Irma Grese on 17 April 1945. Grese had served as a female guard at a number of concentration camps and when stationed at Auschwitz she had been nicknamed the ‘Hyena of Auschwitz’ by the inmates: she was executed on 13 December 1945.

Following his discharge, Tom returned to his former job and continued to report on Manchester United and the team’s meteoric rise under Matt Busby: Tom and a fellow journalist were credited with creating the phrase ‘The Busby Babes’. Tom travelled with the team during its European campaigns and had travelled to Belgrade to cover United’s European Cup match with Red Star Belgrade, played on 5 February. He, along with eight other journalists, joined the team on its return flight on a chartered British European Airways’ aircraft. The plane stopped at Munich-Riem Airport to refuel and after two failed attempts to take off during bad weather, the aircraft crashed on its third attempt to clear the slush-covered runway.

The aircraft was carrying 38 passengers and six crew. A total of 23 people died (three from their injuries) as a result of the crash.

While the disaster devastated a generation of English football, it also killed some of the finest sports journalists of the day. Out of nine reporters on board, only one survived. Tom Jackson of the Manchester Evening News was among those killed. He was 46. 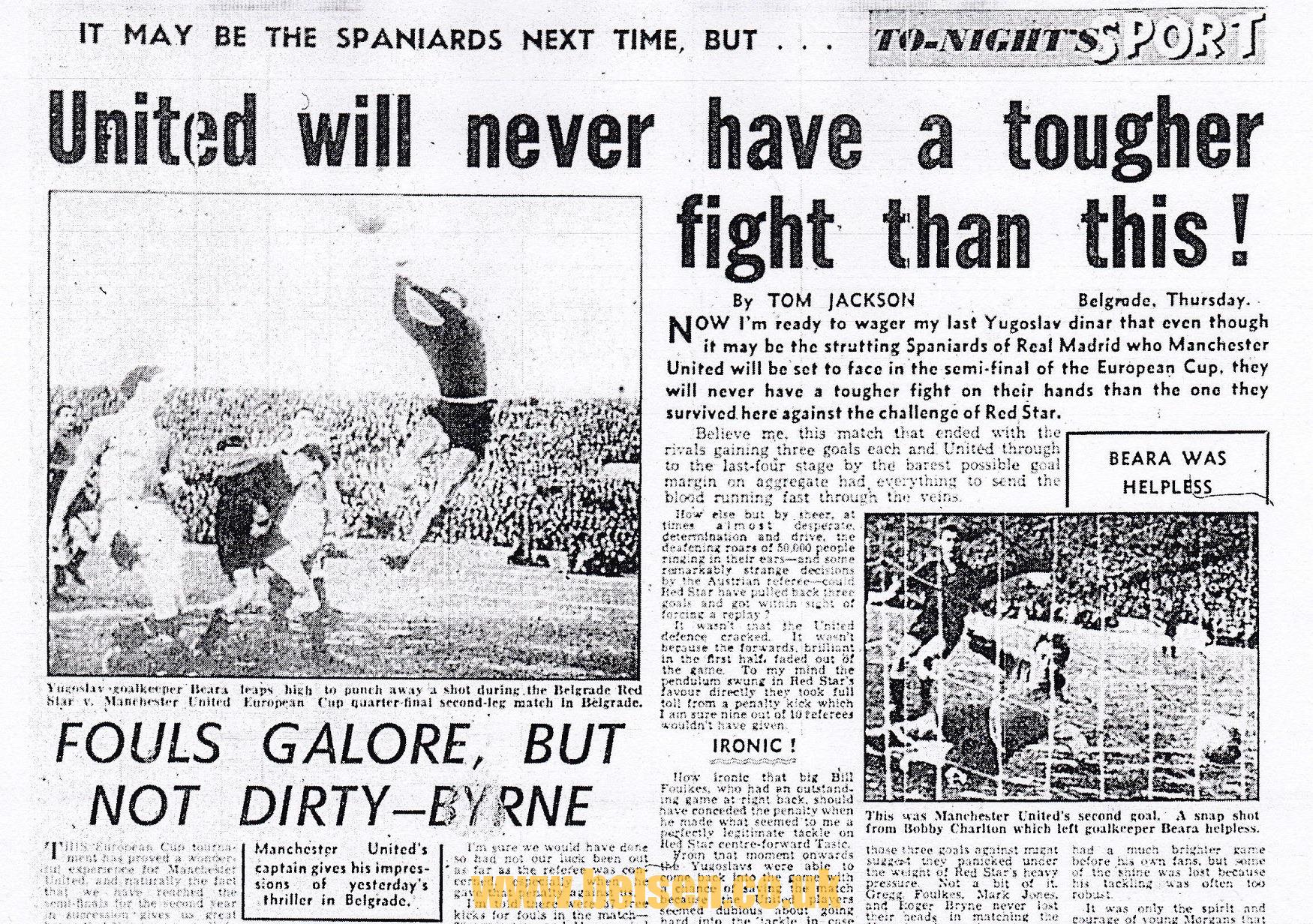 His last article was a match report on the cup-tie in Belgrave, published hours before his death. There is a tragic irony in this – the headline ran “United will never have a tougher fight than this!”.

On the day of his funeral, the cortege passed the offices of the Manchester Guardian and the Manchester Evening News. The M.E.N. reported that “more than 1,000 people standing eight-deep bowed their heads in silence”.

The day after the disaster, the Editor wrote a front-page tribute to Jackson.