Glyn-Hughes qualified as a doctor in 1915 following attendance at University College London. He joined the British Army serving as Regimental Medical Officer for the Wiltshire Regiment (1915-18) & The Grenadier Guards (1918-19). 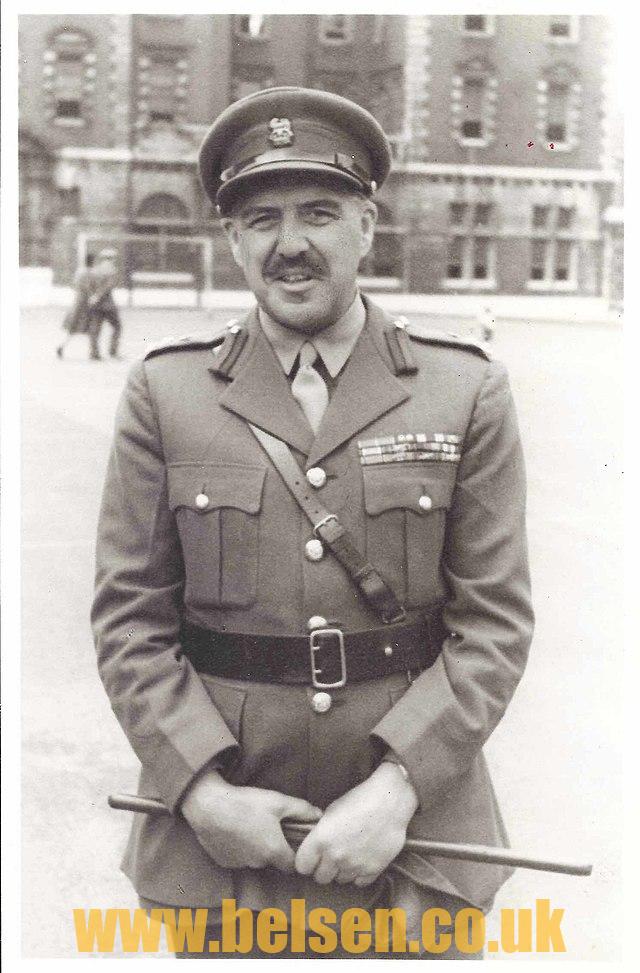 Following the First World War, he returned to his civilian medical duties as a General Practitioner in Chagford, Devon while serving in the Territorial Army.

In 1939, he was mobilised seeing service in France in 1940. From 1941 to 1944 he trained medical units in the UK for overseas service. In the same year he was promoted to the rank Brigadier, taking up the post as Chief Medical Officer for North West Europe.

On the 15th April 1945, a concentration camp located at Bergen Belsen in Northern Germany was liberated by British Forces. The War Diary of 32 Casualty Clearing Station records 60,000 inmates, with approximately 15,000 cases of Typhus and/or Dysentery. Many thousands of bodies were left unburied. The scale of the humanitarian crisis facing the Army Medical Services was enormous and problematic, not only in the treatment of so many patients, but ensuring disease did not spread. Numerous prisoners were also suffering from the effects of severe malnutrition.

Brigadier Glyn- Hughes quickly took command of the crisis. Facilities were set up at the nearby barracks at Hohne to accommodate the patients. In order to process them, what became known as the ‘human laundry’ was set up in nearby stables. Patients were taken in batches from the camp, where they were then washed, shaved and deloused before being sent on to be treated in the barracks.

One of the most difficult areas encountered involved the feeding of patients. When the British troops had arrived, with good intentions, they had made the mistake of handing out food such as bully beef and chocolate which caused the death of many of the prisoners i.e. in one hut 80 of the 160 inhabitants died from overfeeding in one night. Different diets were tried, with Bengal Famine Mix being given successfully to many.

Specialist medical teams were formed, the first comprising 96 medical students from medical colleges in London led by Dr. AP Meiklejohn a renowned nutritionist. Finally, when all the prisoners had been relocated, the Huts were burned to help contain the spread of Typhus, Typhoid and Dysentery.

After leaving the forces in 1947, Hughes became the senior medical officer of the South East Metropolitan Hospital Board. Whilst in this position he played a prominent role in the administration of the newly created National Health Service. He held several titles before his retirement in 1968, including Honorary Physician to the Queen and Medical Officer to the British Red Cross Society.