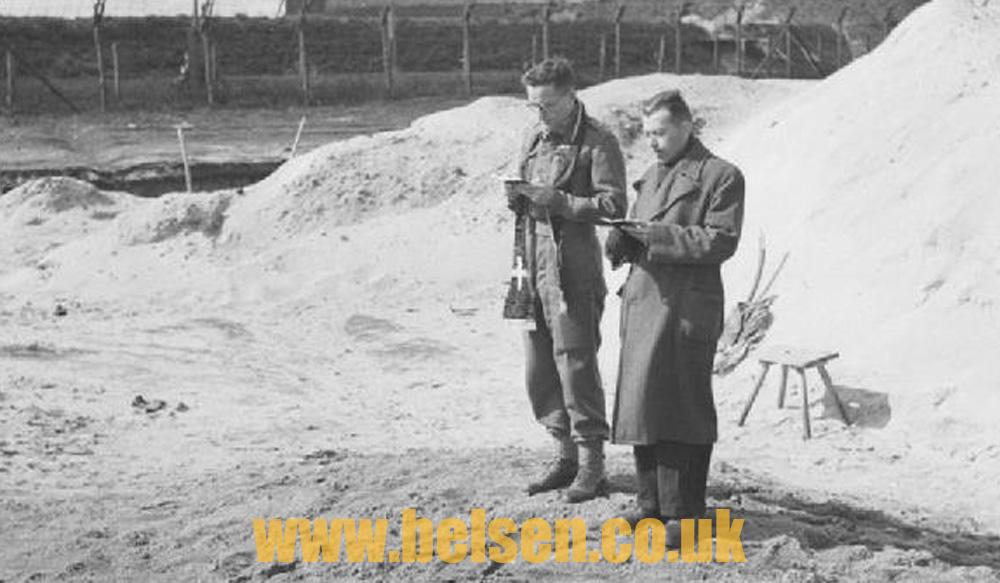 Five years ago I was invited to give a series of lectures aboard The World, a luxurious ship owned by its super-rich residents which cruises (pace Matthew Arnold): “Round the world for ever and aye”. The day before I disembarked in Sicily, one of them asked me to lunch. “I’d like to give you a book,” he said.

He was Leonard Berney, he was 94, and he’d just written it himself. He explained that he’d been a staff officer in the British Army’s VIII Corps near Hanover when on 12 April 1945 they got a message from the German division facing them asking for a local armistice. A terrible situation had arisen at Belsen, they said: typhus was raging in a detention camp, and would the British come and take control.

Berney said that VIII Corps’ chief of staff told his senior medical officer to go and see what might be done, and he to go with him: “I was the staff officer for anti-aircraft defence,” he added with a smile, “and as we hadn’t seen a Messerschmitt for weeks, I could be spared.”

Berney happened to be Jewish. To cut a long story short, on returning with the chief medical officer after entering the camp on 15 April and reporting what they’d found, he was taken out of his job and told to help manage things there until someone more qualified arrived.

He never did go back to his staff job, though. For the next four months he helped improvise and run the largest hospital in the world. But his book wasn’t about himself, he assured me. It was about what the British Army did following the liberation of the camp, a humanitarian and logistic effort of unprecedented proportions.

I told him I’d visited Belsen, but that I was wholly unaware of the scale of the effort. In the 1970s, when a new regiment arrived in Germany, within 90 days young officers were obliged to take their soldiers to see two things: the Inner German Border, and Belsen. The IGB told us why we were in Germany; Belsen told us why the IGB was there.

I remember how unusually subdued my platoon of tough Cumbrians were on the way back from the camp, one of them, from the Derwent Fells, shaking his head and saying: “There were no birds singing.”

But at the time we didn’t know the whole story. The Belsen memorial that we saw, which in those days hadn’t been fully laid out, was a large area of treeless green, with mounds reminiscent of tumuli on Salisbury Plain. The camp had been razed to the ground by flamethrowers as soon as the inmates were evacuated. There’d been the ovens though, I think, but it was primarily a place of emptiness and silence, where just to contemplate the numbers on the signs by each mound was enough for the imagination, coupled of course with the photographs we’d all seen in advance of corpses being bulldozed into the graves.

But the story was much bigger, and I was reminded of it in the six succinct pages – At Belsen – by Father Michael Morrison, a 37-year old Jesuit from County Kerry.

Father Morrison arrived at the camp with a medical unit just a few days after Berney: “The internees were confined in two distinct places. The one near Bergen [half a mile from the infamous “Number 1 Camp”] was a Wehrmacht barracks and was known as Belsen Number 2 camp to the British… This camp contained about 27,000 men of various nationalities, mostly Poles and Russians but also Czechs, Belgians, French and Dutch. The people in this camp, while weak and underfed, were for the most part able to walk and look after themselves. There was no typhus in this camp and the death rate was from ten to 20 a day. The buildings were of concrete, and were good, but grossly overcrowded. Buildings which could hold 150 were made to hold up to 600.”

The brigadier now in charge of the relief operation decided to empty this camp as soon as possible and make room for the people who were moved from Camp Number 1, sending home those with homes to go to, and the Russians and Poles to transit camps to await repatriation. “Camp Number 2 did not occupy much of the chaplains time,” writes Fr Morrison, “as there were eighteen priests interned there, most of whom were well enough to do some work. Through the energetic efforts of one of the chaplains they were provided with three portable altars and were allowed to say mass for the first time for many months.”

His own priority was Camp Number 1, “which came to be known as the horror camp… a wired area about fourteen hundred yards long and about seven hundred yards wide at its widest part. A considerable portion of this area was occupied by administrative quarters of the SS Guard, storehouses, cookhouses, etc. Into the remaining portion about fifty thousand people were herded. For living quarters the internees had seventy-nine huts, thirty-eight for the men and forty-one for the women and children.”

When Father Morrison entered the camp on 17 April with the 32nd Casualty Clearing Station (a mini field hospital), “between seven and ten thousand lay dead in the huts or on the ground. Of the living the majority were in periculo mortis and many thousands were dying. One can only guess what the daily death rate was at the time. The first date for which statistics are available is April 30 and on that day 548 people died. The death rate was higher in the previous fortnight. It is very difficult to assess the number of Catholics but it must have been about 30 per cent.”

The SS, as might be expected, had kept records with what used to be called “Germanic efficiency” – literally a catalogue of evil. Father Morrison relates how “In February, 1945, there were forty-five priests in the camp, but of these only ten were alive on April 17. Of these ten only one, the Rev Stanislaus Kadziolka, was able to do any apostolic work. The others were dying (four died within a few weeks) or at least too weak and ill to walk. Father Kadziolka had spent three years and three months in concentration camps in Poland and Germany. Previous to that he worked… near Crakow. The indomitable spirit and priestly zeal of this man made him an angel of comfort to thousands of dying Catholics.”

But the work of Extreme Unction was on an industrial scale, and in the first few days Father Morrison was handicapped by lack of oil: “I did the anointing during the day and gave the all stock to Father Kadziolka when I left the camp at night… The number anointed daily during the first few days was about 300… The joy and gratitude shown by the internees at receiving the Sacraments more than compensated for the difficulties of working in the huts. One was conscious to of being a member of a living unified church and of the bond which held us together. In the camp were Poles, Hungarians, Czechs, Yugoslavs, Greeks, Rumanians, Ukrainians, French, Belgians, Dutch, Italians, etc, and all were able to partake of the same Sacraments.”

But in the midst of death there was life too: “On Sunday, April 22, Mass was celebrated for the first time in Belsen camp. There was a torrential downpour that morning and it was suggested that the Mass be postponed until some other day, but the congregation would not hear of it. They put a rough covering of canvas over the altar, and clad in rags they knelt in sodden ground throughout the Mass. They were drenched through but that did not diminish the fervour and enthusiasm of their singing.”

Many of them had been “deprived of the Sacraments for three, four or five years,” he adds, “and were determined to make the most of their present opportunities. One got frequent requests for daily communion.”