Helen Bamber OBE was a psychotherapist and Human Rights activist. She was born in London in 1925 and joined the Jewish Relief Unit in 1944.
A few months after liberation in 1945, she was sent to Eilshausen to work with Henry Lunzer, the head of the Jewish Relief Unit in Germany and was part of the first rehabilitation teams to enter the Bergen-Belsen concentration camp. After returning to the UK in 1947, she became a case worker for ‘the Boys’.

Dr Bea Lewkowicz interviewed her in 2003.

I was taken by a driver to Belsen and there was already a small team of people under the auspices of Rose Henriques, the wife of Sir Basil Henriques. Camp 1 had been burnt down. The thing I remember most was the smell and I have never forgotten it. It was the smell of geraniums, like that sweet dank smell of geraniums and even to this day I sometimes go on my small patio to smell [the geraniums].

It is to make contact with one’s past and to remind oneself of the truth. In Belsen I spent time talking to the survivors in those dark, cold barracks. When you first listen to the stories that survivors tell you, you feel overwhelmed with the enormity of it all. Mainly the losses of so many people: “If my husband had only done so and so, and if only he had listened to me, he would not have been killed”. That kind of if quality. Most of the stories were around the if – when nothing, but nothing, could have saved them and you listen, knowing it. The stories were terrible and some have never really been told properly. The story of how one woman lost an eye when she was being whipped and how the other women had to stand round and watch this. Stories like that which you heard time and time again. You felt so helpless. And then I began to feel that I had to make closer contact with the survivors and we would sit on the floor and people would hold on to you. They dug their fingers into your arms and I found that rocking, as children who are very deprived and unhappy, rocking became the kind of mode that we adopted and we would rock and they would tell their stories. 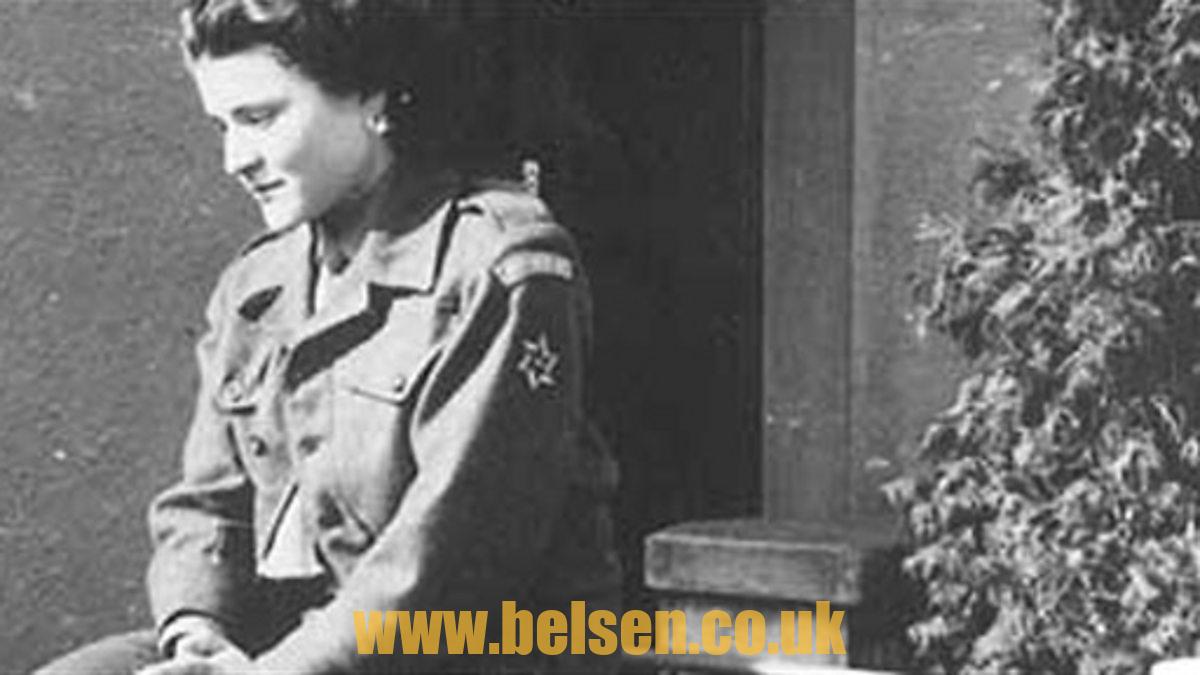 Some stories were terrible and some have never really been told properly. But I began to realise something and I began to get a sense of agency. I felt that I am listening to this and they want me to listen so perhaps my role is to be their witness and to say to them that is my role, to say to them the truth: I cannot bring those people back but I can listen and I can be your witness and I will be your witness. And I think to those people who were going to die, and there were people who were going to die and I knew that, I think it was incredibly important. And people say to me, “Why is it so important that people’s story must be told?”

Back in Britain I found the public on the whole was blunted by war, wanting to get on with life and lay the past to rest. Returning soldiers were not encouraged to speak about their experiences. 723 children known as “the boys” (though there were also some girls) arrived in this country – all from concentration camps, slave labour camps, death marches. They had seen their siblings and their parents killed. By the time they were allowed to enter Britain, the feeling was quite entrenched that everyone must get on with their lives.

The small committee that was established to look after them was in difficulty. Its resources were limited. It was set up to establish and help the rehabilitation of these young people. But I think, in a way perhaps, they had no alternative. They slipped into the mood and reflected the mood of the time, which was: get the young people started again, get back into life, get on with life. And we were successful, I believe, in helping the young people to study up to a point, go to school, to be apprenticed, to find job.