Canadian, Proskie was assigned to 224 Military Government. He arrived at Belsen April 17th. 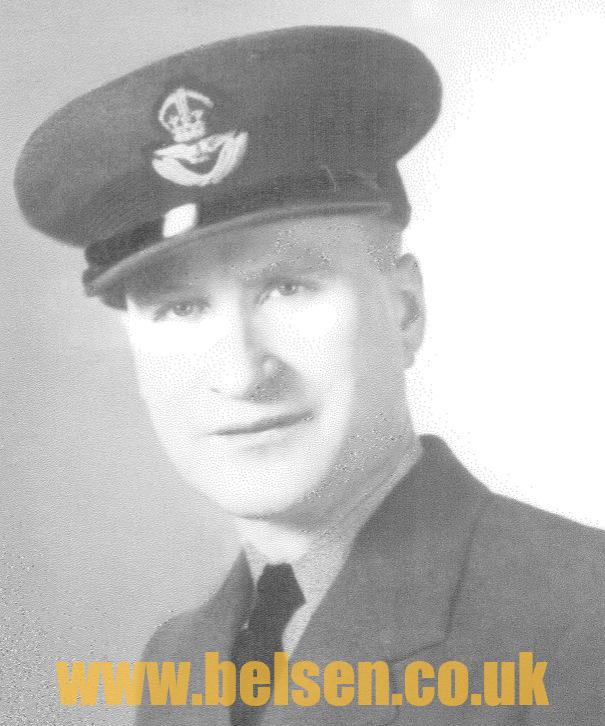 I came across a file at work that had previously garnered no special attention until an email from a doctoral student in Toronto compelled me to look past the first few pages in search of contact information for a man in whose name a scholarship had been endowed. The man was Mr John Proskie, agricultural economist and, as I later found out, a member of the RCAF during WWII.

After flipping through to the back of the file, I came across biographical information that astounded me: Squadron Leader Proskie, from Edmonton, Alberta, assisted by only one British sergeant and trucks supplied by the British army and the RAF, fed more than 61,000 starving Polish, Hungarian, French, Russian and German victims from Bergen-Belsen concentration camp during the first few days of the camp’s liberation, and beyond.

When Proskie arrived on April 17th, he faced a humanitarian crisis of unimaginable scale. Proskie used his agricultural expertise, natural pragmatism, and a serious case of chutzpah to procure food for a small city of emaciated souls. In one week, he and his team had gathered 40,000 pounds of fresh meat, 68,000 pounds of onions, 1000 pounds of strawberries and 13,000 pounds of rhubarb.

Farmers were visited, food reconnaissances made, the RAF and British Second Army went on short rations both for food and luxuries like soap and cigarettes to allow the camp to be supplied, and according to Proskie’s brother, when faced with obstacles “he just went out into the countryside and commandeered food from the Germans.” The death rate dropped from 500 daily at the end of April to 20-40 in June. Up until a few days ago, I had never heard of this man, at least in relation to his ‘other’ life as a soldier.

Following Proskie’s honourable discharge from the RCAF in 1946, the British Foreign Office assigned him the task of procuring and distributing food during the Berlin Airlift. He died in 1993 at the age of 87.

John Proskie was some soldier. A brave soldier, and by all accounts, a very modest man who did a very big thing a long time ago.

“Apparently no marked line drawn between the living and the dead. A certain proportion of the population is beyond any hope of being saved.” Squadron leader John Proskie, Edmonton, Canada.

More.
Born 1906. Edmonton, Alberta, Canada.
The monumental task of organising food was left to Proskie and his lone assistant, a sergeant in the British Army. (Likely to be 113th). The two men surveyed the local area and gathered the neccessary supplies.

After Belsen, Proskie, because of the worlds sugar shortage, was assigned to survey the sugar-beet stocks in the British zone of Germany. His efforts ensured enough seed was planted from the 1947 crop. Proskie was involved in the Berlin Airlift organising and administering the supply and distribution of food during the Berlin Blockage.

Proskie passed away in 1993. In 1994 his sister Rosalie Rector, established the John Proskie Memorial Scholarship at both the University of Alberta and the University of Ottawa. The scholarship offers financial assistance to graduate students studying acricultural economics.