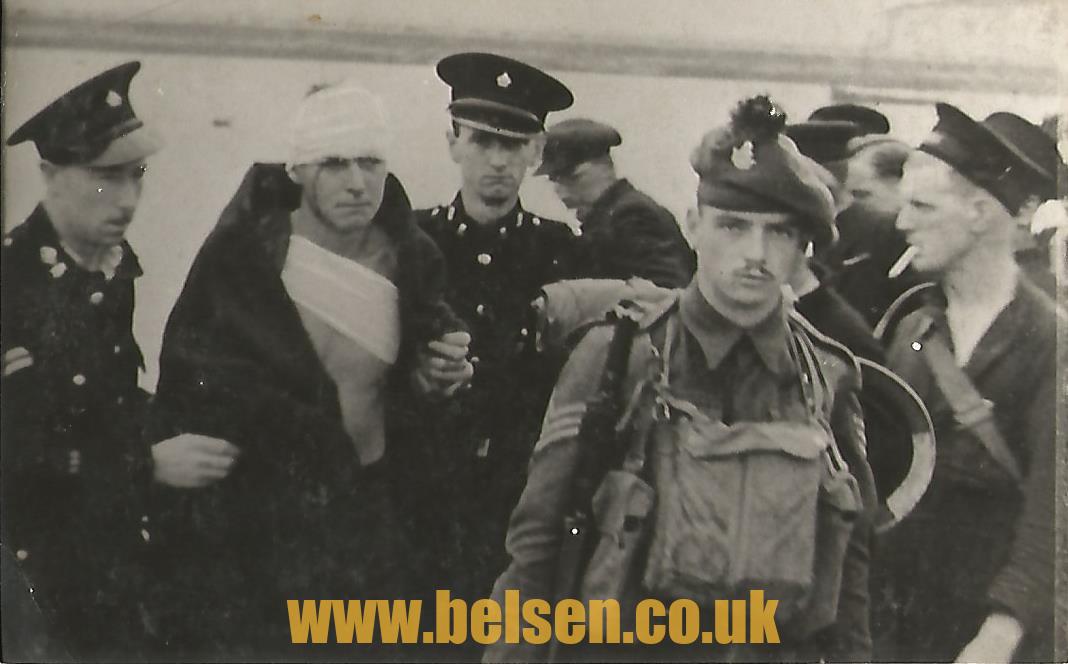 Pic: George Packman is first left in the picture, helping to rescue a German Pilot in WW2

April 17, 1945, two days after the first British soldiers arrived, Medical units were at the scene. The first thing they did was to set up a hospital area in the barracks of the German Army training camp nearby. George was a Medic with British Red Cross.