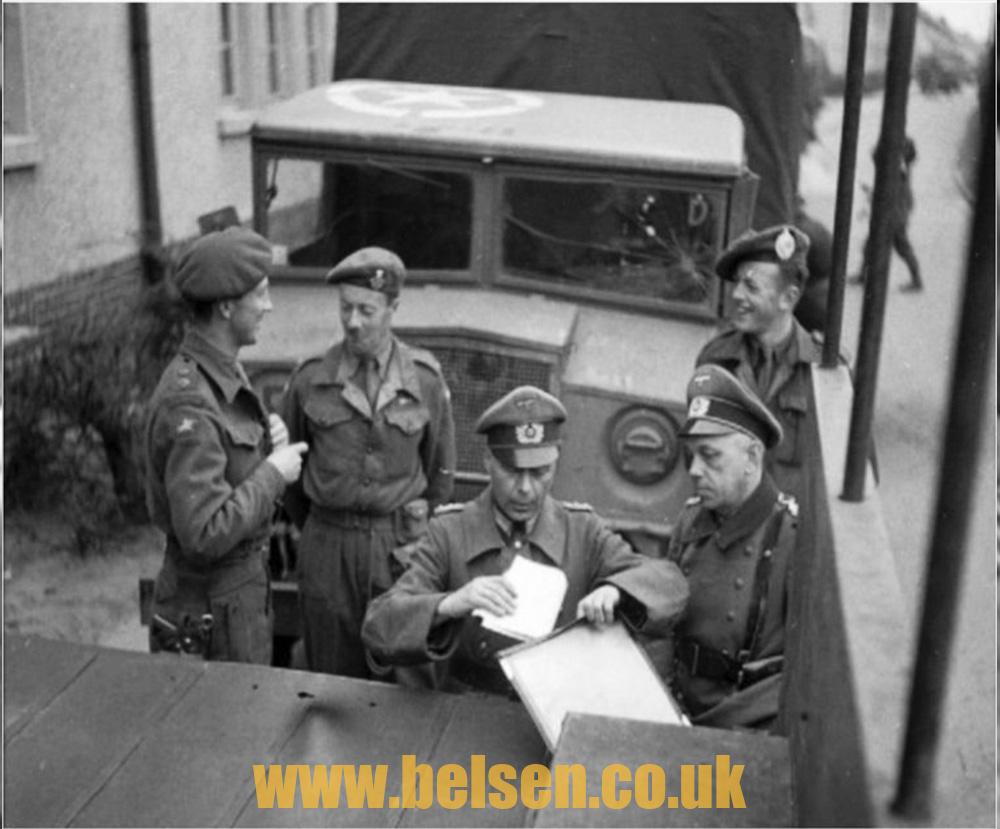 Richard. I. G (Dick) Taylor, (Lieutenant-Colonel) (63rd ATR) (left on pic)
Commanding Officer of the 63rd Anti-Tank Regiment. “A great number of them [the inmates] were little more than living skeletons with haggard yellowish faces. Most of the men wore a striped pyjama type of clothing—others wore rags, while women wore striped flannel gowns or any other clothing they had managed to acquire. Many of them were without shoes and wore only socks and stockings. There were men and women lying in heaps on both sides of the track. Others were walking slowly and aimlessly about—a vacant expression on their starved faces.” April, 15

Oberst Harries (centre) and Schmitt can be seen, the other soldier is currently sadly unidentified