ONE of Britain’s last surviving D-Day heroes has told how he liberated occupied France armed with only a fold-up bike and a misfiring gun 75 years on from the landings. 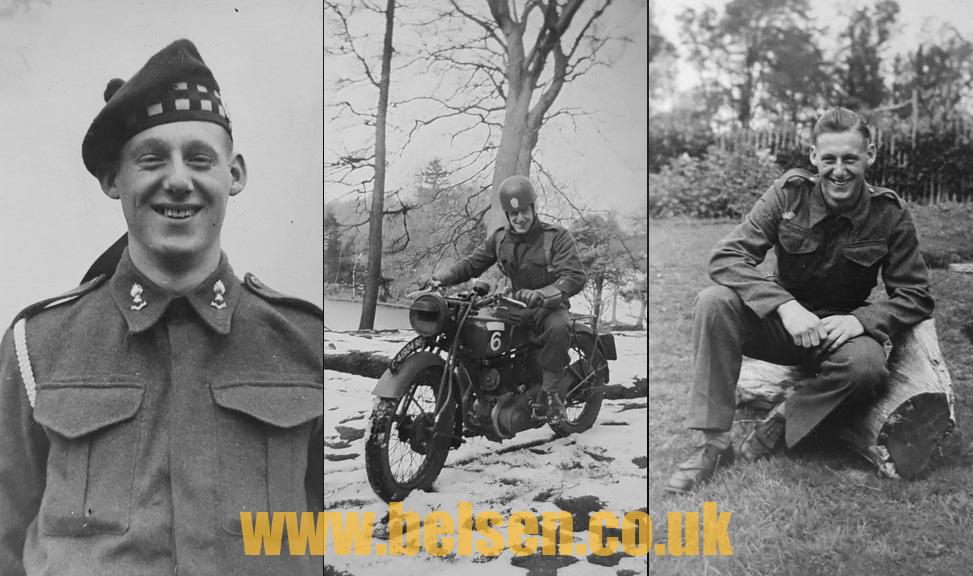 Lance Bombardier Signaller Neville Foote, 99, was in an advanced party of five tasked with setting up a position for his unit’s artillery to link up with.

He was on the second wave of landings at Juno Beach on June 6 1944 which came under heavy fire from the Nazis after the allies failed to take out their big guns.

Speaking exclusively to The Sun to mark the 75th anniversary this week, Neville said: “It was hellish. On the landing craft you couldn’t see anything, only the sky.
“The RAF fighters and the Luftwaffe were fighting up above. The destroyers were all firing at the beaches.”
“These battleships had 15inch guns and they were firing them at the German beach defences. The noise was tremendous.”
“People screaming and dying – you just had to accept it.”

“You were frightened to death you were going to get killed because there were so many wounded and killed lying about.”

Incredibly Neville, of Tottington, Bury survived the landings without a scratch before sweeping through Europe to Germany, liberating Belsen concentration camp and helping decimate the Germans.

He is one of hundreds of veterans interviewed by historian Gary Bridson-Daley who is seeking to document as many as possible WWII survivor’s account in his A Debt of Gratitude series.

Neville pushed on giving covering barrages at the Battles for Caen, Lisieux, Le Harve, St.Valery before going on to liberate Antwerp and Brussels in September 1944.

He also helped capture Nijmegen Bridge in Operation Market-Garden and fought in the Battle of the Bulge in Ardennes, Belgium, in December 1944.

He crossed the Rhine in March 1945 where he witnessed his best friend being “blown to bits” when their bren gun carrier went over a mine.

Despite suffering a shrapnel wound he was given field dressing and then ordered into another carrier with a new officer – just 12 hours later.

Neville pushed up into Germany but could not have imagined the horrors that awaited him when he was tasked with liberating Belsen concentration camp on April 14, 1945.

Describing the nightmare, he said: “That was the worst thing. Terrible that.

“We were told about a week before that we might expect to see something that we never thought would happen, and that’s all we had been told.

“We had never heard of a concentration camp up to then.

“Before we ever got there there was this terrible smell. I can still smell it today. Terrible, death smell, from three or four miles.

“There were these piles of dead bones and buildings full of dead bodies. They weren’t dead bodies, they were just bags of bones piled up as big as a house.

“The ones that were still alive, they were like skeletons. We were told not to touch them because we might get some disease.

“We gave them bars of chocolate and cigarettes and things like that and tried to keep them at arms length.

“The German people there all swore that they never knew it was there. Well I don’t know why they were saying that because this smell, they must have had that all the time.”

After two days the Medical Corps took over and Neville pushed on again until VE Day on May 8, 1945 where he was in Bremerhaven, Germany.

Finally he spent eight months in Oldenburg, Germany, aiding prisoners of war and displaced persons before he was demobbed.

He said: “I’ve got it off my mind now. It’s in print, and now I know that somebody will know what we went through.”