Corporal Matthew Westwell, a butcher by trade, served in the Army Catering Corps formed in March 1941. 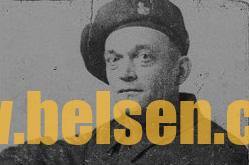 He was also in the Royal Berkshire Regiment and the Kings Own Yorkshire Light Infantry – He was at Bergen-Belsen Concentration Camp after it was liberated by the 11th Amoured Division.