Colonel Osborn was one of the first to enter Belsen concentration camp, and what he discovered stayed with him for the rest of his life. Shortly after that he liberated his brother Myles from a prisoner of war camp. They had not seen each other for more than 10 years. 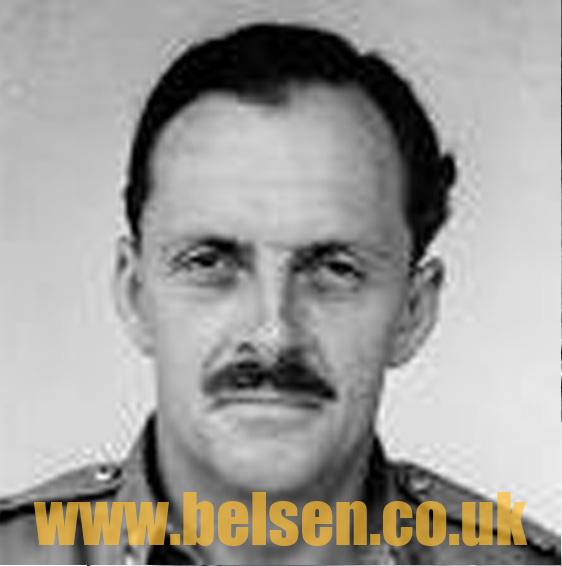 After entering Sandhurst in 1936, he expected to join a Kent-based regiment but there were no vacancies. A fellow cadet arranged dinner for them both with his uncle, Field Marshall Sir Cyril Deverell, Chief of the General Staff and Colonel of the West Yorkshire Regiment. As a result he was commissioned into the regiment in 1937, aged 20. He had never been to Yorkshire before.

Colonel Osborn was born in Kingston on Thames, one of four children of Captain George Ashby Chadwick Osborn of 7th Battalion of the Wiltshire Regiment, who was killed in 1917 in the Salonika Campaign. His mother was Marjorie Crick.

He was educated at Chinon College, Montreux, Switzerland, and Cranbrook School, in Kent.

In January, 1940, he saw action in Eritrea and Abyssinia with the 2nd Batallion of the West Yorkshire’s and was awarded the Military Cross for his part in fighting around Keren.

In February 1942, during the defence of Tobruk, he was wounded in the head while on the Alamein line at Ruweisat Ridge, and subsequently received the DSO.

He later took part in the planning and invasion of Sicily where he was wounded again.

By September 1943, he was posted to the War Office to take part in the planning for D-Day. By now a Lieutenant Colonel in Portsmouth, his immediate superior was Colonel Selwyn Lloyd, the future Chancellor of the Exchequer, Foreign Secretary at the time of Suez and Speaker of the House of Commons. He was best man at his wedding in 1950.

In 1945, he was the senior officer involved in the capture of Heinrich Himmler, and also attended the surrender of German Forces.

He then joined both regular battalions of the West Yorkshires who were fighting in Burma and was appointed 2nd in command of the 1st battalion. When the war in the Far East ended he commanded the 2nd Battalion in Indonesia.

In 1949, he was posted with the regiment to Vienna as part of the Occupation Force. There he met his wife-to-be Anita Butt, a young Wren officer.

In 1950, he was involved in liaison with the Americans on the progress of the Korean War, and in London in 1952 the Russian Military Attach made a clumsy attempt to recruit him as an agent for the Soviet Union.

He had two tours of Malaya during the Malayan Emergency. In the second, in 1958, he commanded the 1st Battalion, The Federation Regiment, an attempt to merge the different races into a united national army prior to independence, but it was involved in almost full- time operations against Communist insurgents.

He was awarded the PJK Meritorious Service to the State of Pahang medal on his departure.

In 1961, he attended the Imperial Defence College, in London, for a year during which he met King Hussain of Jordan and the Shah of Iran.

His final posting was to Bielefeld in the British Zone of Germany, until, after 27 years’ service, he decided to leave the Army, taking early retirement in 1963.

He bought land on the Greek island of Skiathos, and had a house built. At that time there were no roads or electricity outside the main town, and its link to the mainland was a single small boat once a week.

Eventually, he and his wife returned to England in 1978 and settled in Dorset.

MICHAEL Ashby Chadwick Osborn, who has died aged 92, saw distinguished service with the West Yorkshire Regiment (Prince of Wales Own) which he had not initially expected to join. He is survived by his wife, Anita, and his two children, Veronica and Simon.