The funeral of Harry Skeggs, a committed and engaged member of St Catherine’s congregation for over sixty years, took place at Chelmsford Crematorium on Wednesday 10th May 2017.  Below is an edited version of the tribute and address given at that service. 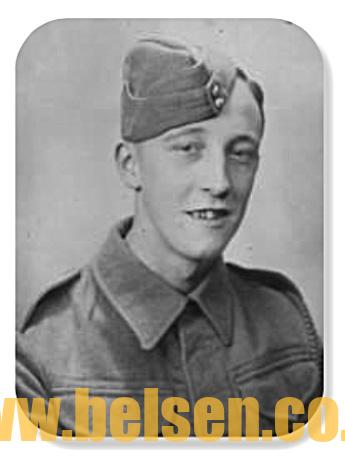 Harry was born in East Ham in 1924, and so was part of that generation that faced the Second World War.  He served as a senior medic in both Europe and Asia, and with the 32nd Casualty Clearing Division became one of the first people to enter into the liberated Bergen-Belsen Concentration Camp in 1945. This was not an experience he drew attention to, though he described it very movingly for The Times newspaper in 2005. 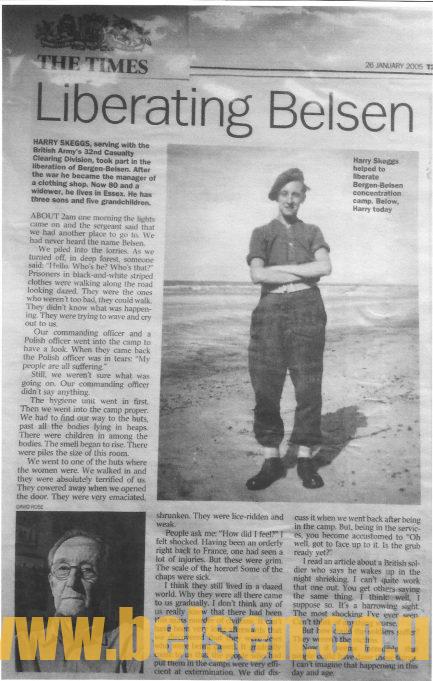 After the war, while working loading tea into crates in Stratford, Harry met the love of his life, Dorothy.  They were married in Dorothy’s home church: St Catherine’s, Wickford, and set up home in Seven Acres.  Harry’s professional life was focussed on tailoring: he worked in Basildon as a Senior Tailor and Manager.  The Skeggs family flourished as sons Graham, Christopher and Richard arrived. Later there were five grandchildren. Later still, five great-grandchildren. The loss of Dorothy at the age of 46 was profoundly painful for Harry.  Yet there were many years of love and care still to be enjoyed with his family, and the gathering for Harry’s 90th birthday was particularly special to him.

Harry was heavily involved at St Catherine’s, eventually taking over from his mother-in-law, Emily, as verger.  His friend John Knowles describes Harry was an excellent verger, “everything ran like clockwork” and that he had a “Great sense of humour and was very artistic”.  Harry’s humour and artistic skills came together in his (sometimes infamous) cartoons for the parish magazine!

Harry was also known well beyond Wickford.  Following from his experience at Belsen he built an important relationship with the Jewish community in Hendon, and was also heavily involved in the France and German Veterans’ Association – going up to Liverpool once a week.

In his final months, Harry’s health began to fail, and he had to move into the Ghyllgrove Home. Characteristically, however, he continued to maintain that he didn’t want a fuss.  One of his final wishes was that the many people who had cared for him in those months should be thanked sincerely. Harry died on 24th April, 2017.

Reflecting on Harry and his life, it seems apt that in our Bible reading we heard the Apostle Paul speaking of the extraordinary power of God’s love:

Who will separate us from the love of Christ? Will hardship, or distress, or persecution, or famine, or nakedness, or peril, or sword?…No…For I am convinced that neither death, nor life, nor angels, nor rulers, nor things present, nor things to come, nor powers,  nor height, nor depth, nor anything else in all creation, will be able to separate us from the love of God in Christ Jesus our Lord.

Paul wrote those words to people who were facing very real and very violent persecution.  It is an insight that has lost none of its power to challenge 2,000 years on in a world where there is still much suffering.  None of us can begin to know what it was like for Harry that day when he entered Belsen and came face to face with great suffering.  He witnessed for himself injustice and evil on a level seldom equalled in all history.  Who of us would say with confidence that our faith in a loving God could withstand such an experience?  Yet Harry’s did.  It would be wrong, however, to suggest that it was that experience which defined Harry. What defined him was that for the rest of his life he built new relationships, worked for his community, the church, for his family, strove to be creative artistically, and left us with those written messages shared today that we should treat our fellow human beings well and enjoy life.

And so it seems to me that in who he was, what he did, and how he strove to love and serve  – given all the experiences of his life: his triumphs and disappointments, his joys and sorrows, his imperfections and his qualities – Harry gave us a precious glimpse of the truth of Paul’s statement that ultimately nothing can separate us from the love of God.

May he now rest in that love with Dorothy.