Sgt Harry Oakes, cine cameraman and photographer with No 5 Army Film and Photographic Unit, poses with his cine camera for a final picture before leaving the North West European theatre in June 1945.

Sgt Harry Oakes had originally served in the Royal Signals but transferred to the 6th Airborne Division to serve with the AFPU as cameraman. His first main airborne assignment with the Division was the Rhine Crossing, Op VARSITY and the, ‘East meets West’ meeting of British, Allied and Soviet Forces at the River Elbe.

In 1945, under the command of Lieutenant H A Wilson, Sgt Oakes covered the liberation of the Bergen-Belsen concentration camp with his friend, George Rodger, an AFPU stills photographer.

Oakes recalls filming the horrific moment of the bulldozers shovelling corpses into mass graves. ‘One day they asked a lad, who was a bit young, to get the bulldozer out, it was a bit dodgy, the first chap couldn’t do it, but you can see he has a handkerchief tied around his nose and mouth.’

Harry was wary about sensationalising Belsen with the film footage he was capturing.
‘I suppose you could make it more grotesque…for instance, when the SS guards were made to pick up the corpses, slung over their shoulders to bury the dead in the lime pits, I suppose you could make it a bit sick by doing a tracking shot of the lolling head in the foreground; that kind of thing would have been over the top I think. I was very conscious of showing what it was actually like, but not making more of it, if you know what I mean.’ 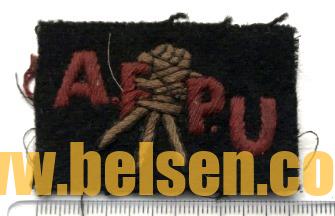