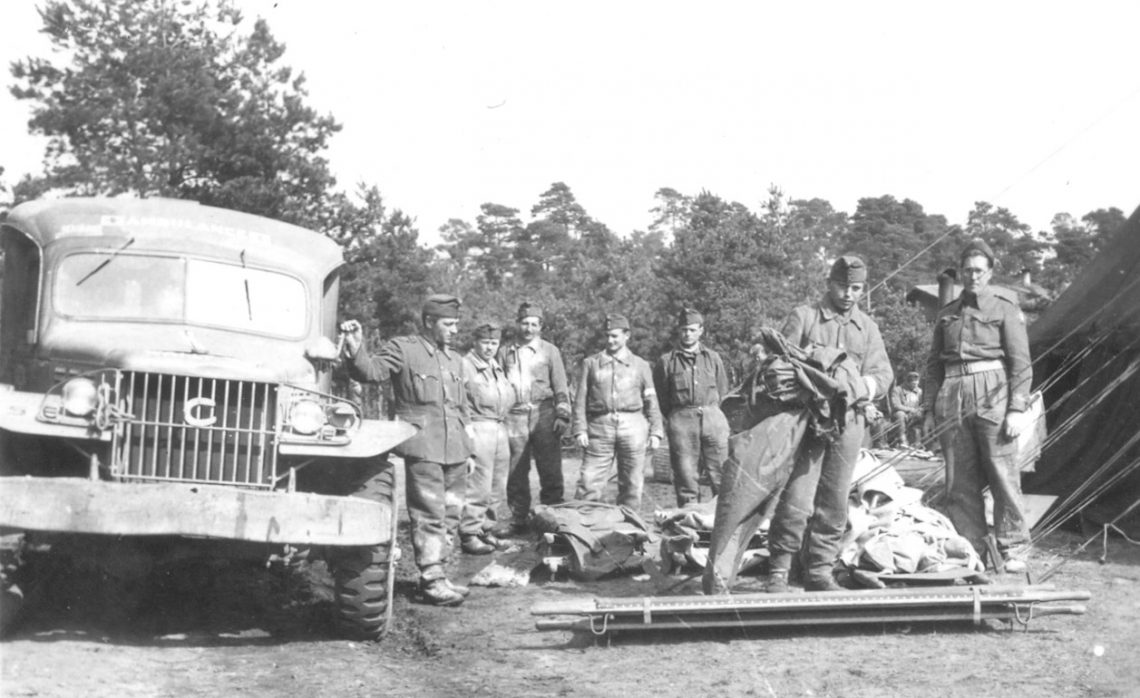 Shortly after liberation, a contingent of around seventy* American Field Service (AFS) ambulance drivers from C and D Platoons of the 567 Company (Coy) was called in to assist in what became a seven-week mission offering aid to the survivors of the camp. Ambulance drivers from the D Platoon under the command of Lieutenant Murray drove to Lübeck on the Baltic to retrieve 130 German nurses to assist with the evacuation of the camp. A section of the C Platoon under the command of W.J. Bell volunteered to assist with stretcher-bearing details and distribution of meals to the survivors.

AFS deeply honors the seventy AFS Ambulance Drivers who assisted the efforts to liberate this camp in April and May 1945. They helped evacuate over 11,000 people from the camp, transported medical equipment and distributed meals to the survivors.  AFS volunteers worked ten-hour days for several weeks to evacuate the camp.