As requested, few details about my Father. 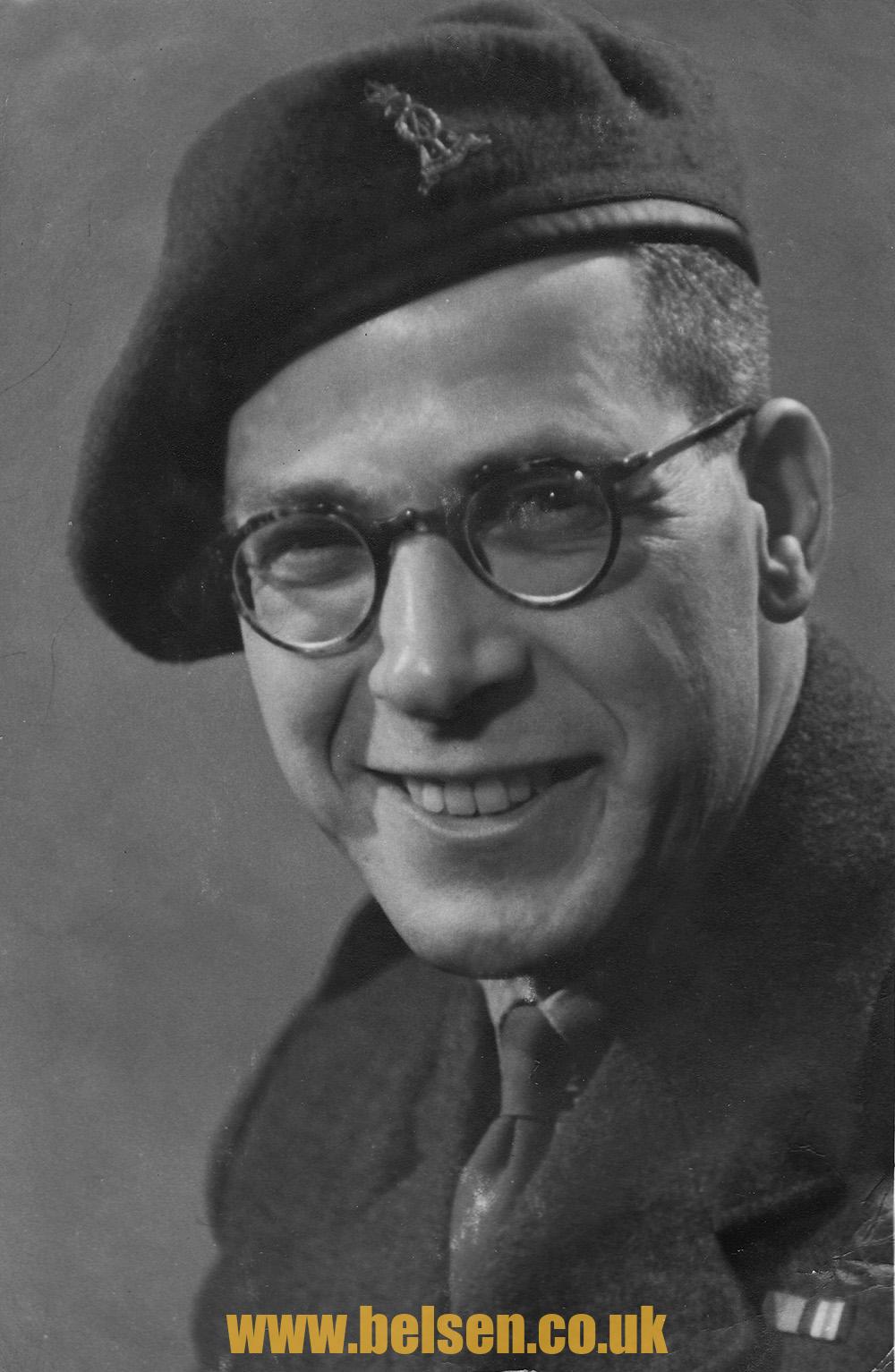 By the time he was according to what he told me, appointed officer commanding the clean up of Belsen, he was a Captain (later major) in the British 21 Army Group doing “Monty’s tour of Europe”.

He was born in the East End of London 1914, fought fascists on the streets in the 1930’s and initially wanted to join the RAF when the war started in 1939.

After Dunkerque he joined the Army, Pioneer Corps “doing all the jobs the Royal Engineers didn’t want to do”.

His attitude was “I’m here to do my bit, no medals thank you” and “if I’m going to be a soldier I’ll be a good one”.

He and many other Britons joined knowing very well what the Germans were doing, even before the war, the atrocities.

He told me many army stories, mostly about moments he thought funny; like setting the army record for turning a jeep around; behind enemy lines where he and his sergeant found themselves by accident…
He’d only spoke of the grimmer moments if I pressed him which I was reluctant to do.

He did though leave me his tape recorded account of his days just before during and immediately after 6 June 1944 which a friend of mine has typed for me. 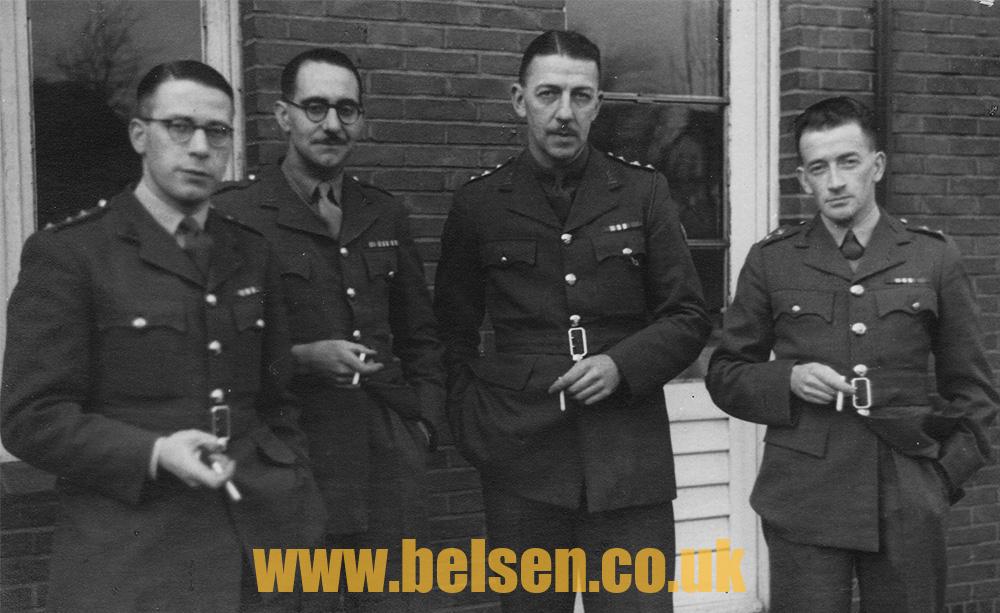 Of Belsen, I only heard him speak of this late in his life.

He said his job at that time (1945) was mostly to supervise, organise the clearing of wrecked villages and towns after their recapture and the getting of civil life back on track.  In the Netherlands and Germany it helped that he spoke Yiddish fluently.  He also spoke limited French, his English was impeccable.

He told me, a week after Belsen’s liberation he was by then a Captain, sent with his men, all tough Scots, ordered to take command of efforts to help the Belsen camp survivors.

He said it was hard to get aid to the camp. Not because anyone in the army was unwilling. Simply because the British Army of which he was very proud, simply had limited resources and Belsen was a major disaster.

He said burying bodies and cleaning the camp was in itself a major task. Much of the other work he did you can easily imagine? He said everything possible and some things impossible were done to help the camp survivors.

He said the Pioneer Corps unofficial motto was “difficult we do straight away, the impossible takes a bit longer”. He said “even two months later, we still had survivors dying”.

After Belsen he was promoted to (acting) Major, sent to the Rhur, billeted in a Krupps mansion, ordered to revitalise the industry which meant working with German civilian labour.

I could tell much more but not much more about his time at Belsen.
Wish you the best of luck. 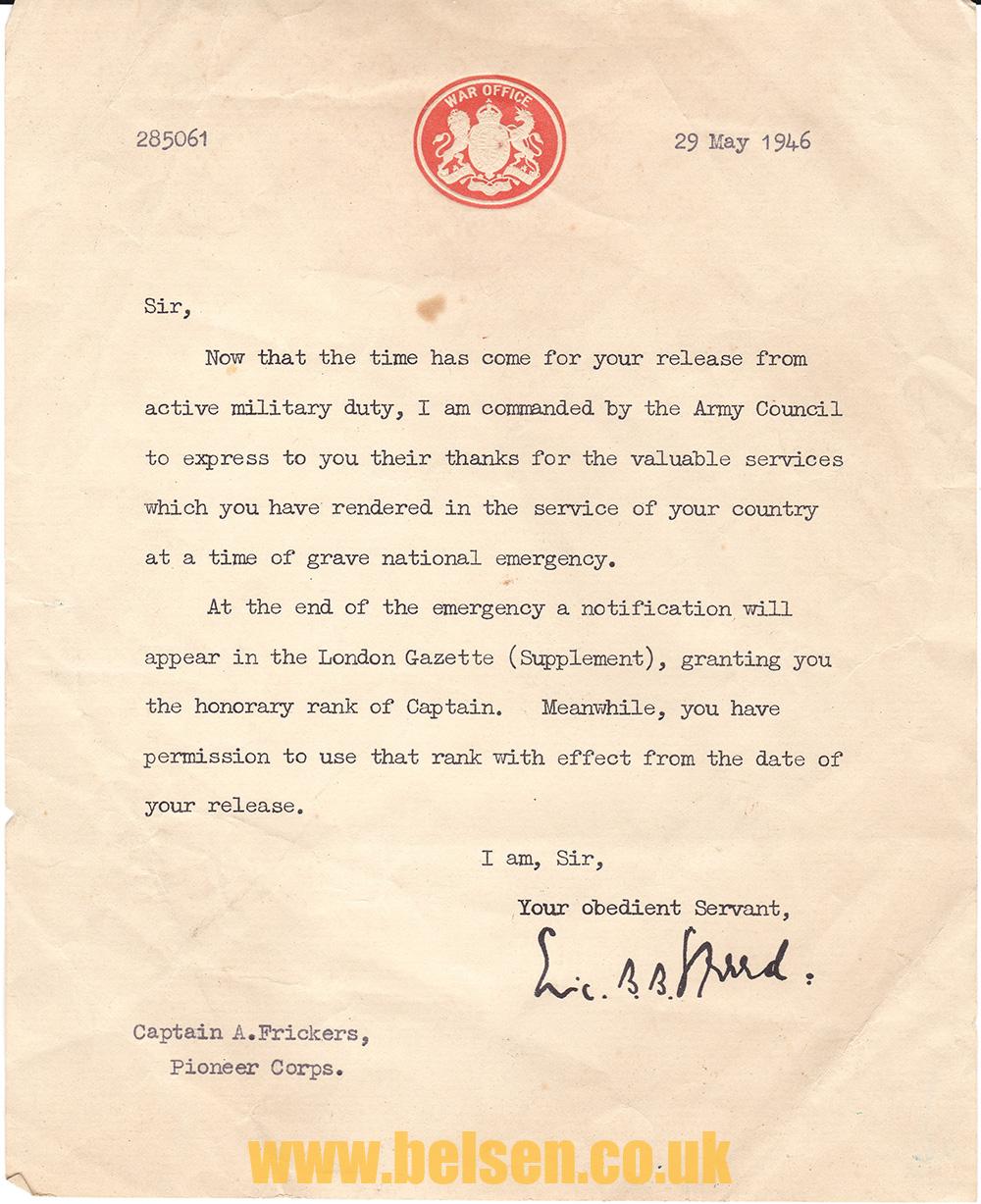