Russell William Andrew Charles Barton
Became a psychiatrist, who in 1968 wrote a controversial article in Purnell’s History of the Second World War based on his experience at Belsen. In 1976 his book titled Institutional Neurosis was published.

Ronald Eric Citrine
Born 19 May 1919 Registered as a medical practitioner in New Zealand in 1955, and lived at Paihia.

Kenneth Charles Easton
1924 – 8 February 2001
A career focussed around the development of prehospital care and emergency medicine.

Michael Hargrave
8 December 1923 – 25 July 1974
Became a general practitioner in Wootton Bassett, Wiltshire. His memoirs, written for his mother, were used by historian Ben Shephard in his 2005 book After Daybreak: The Liberation of Belsen, 1945, and were later published by Imperial College Press in 2014, in a book titled Bergen-Belsen 1945: A Medical Student’s Journal. 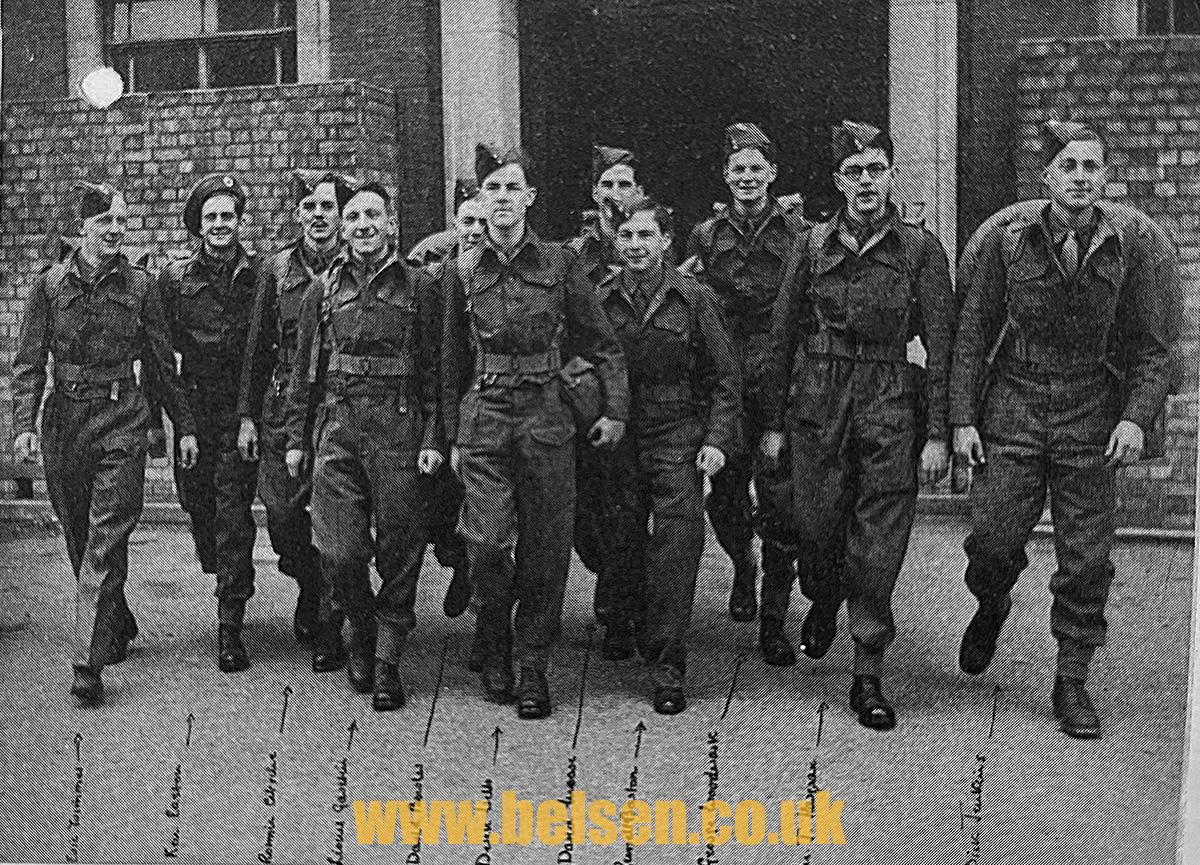 Another image has been found, taken at the same time as the one above. This offers names too on the original print and gives us extra details – so, for instance we should be able to pick out Ronnie Citrine with his Clarke Gabel-esque moustache! BUT: Some names/faces do not match up on both images like Citrine who is marked as Russell Barton on the top image! How frustrating!