At the outbreak of the Second World War, Muriel Knox Doherty was appointed matron of the No.3 RAAF Hospital in Richmond, New South Wales. An already distinguished Sydney nurse, she helped to establish the Royal Australian Air Force Nursing Service (RAANS) in New South Wales and Queensland from 1940 – 1944 and co-authored one of the first Australian nursing textbooks Modern Practical Nursing Procedures in 1944. Muriel was awarded the Royal Red Cross Medal (1st Class) for her work. Arrived at Belsen Camp on July 11th 1945. 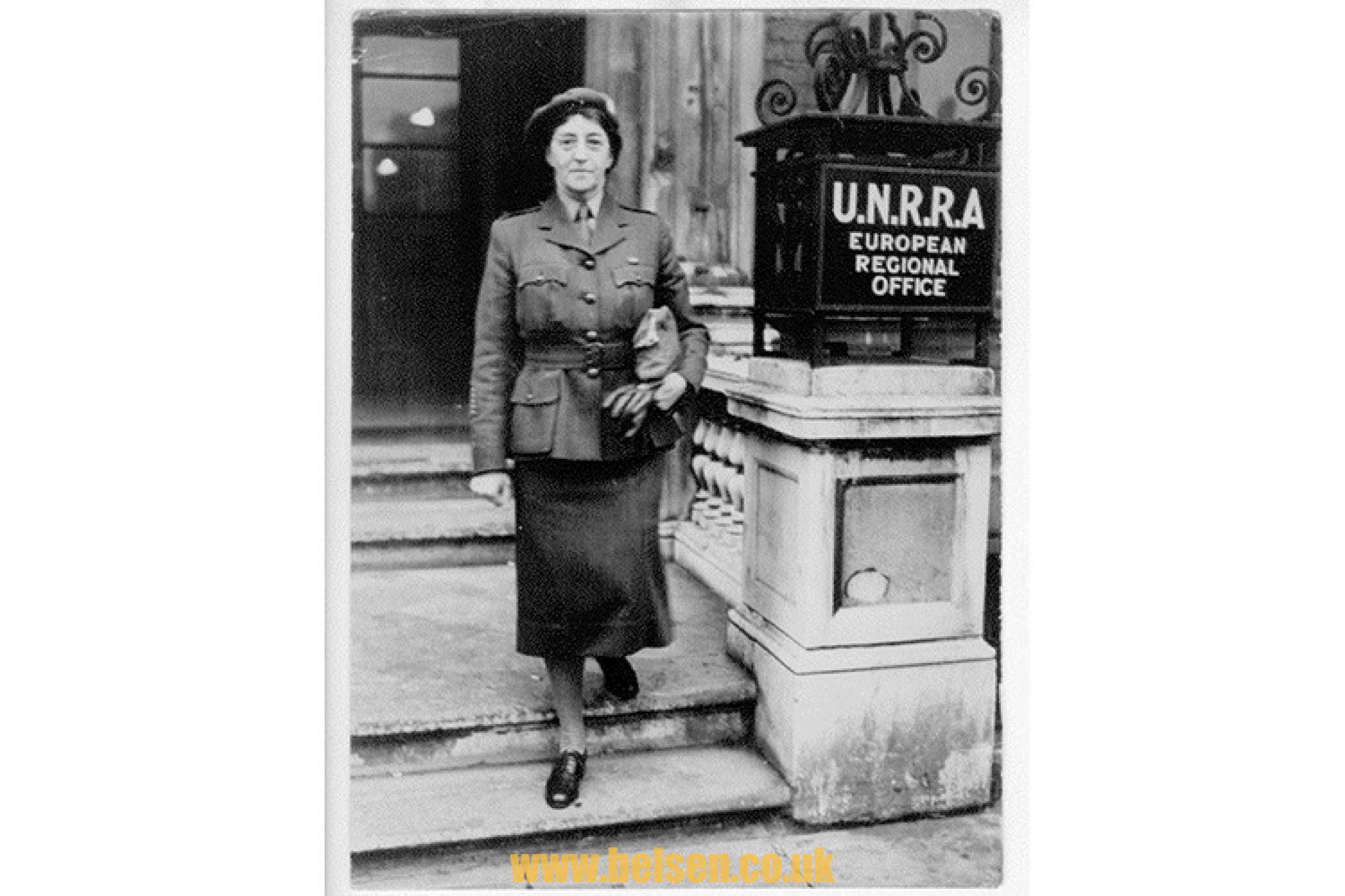 Enthusiastic to provide aid in Europe, Sister Doherty arrived in Germany on 11 July 1945 as Principal Matron for the United Nations Relief and Rehabilitation Administration (UNRRA), along with Senior Medical Officer Dr T.V.Layton. The Bergen-Belson Concentration Camp had been liberated from the Nazis some months before. British troops were faced with more than 40,000 desperately starving and ill men, women and children and more than 10,000 unburied dead. In addition to the 50,000 who had already perished, 13,000 would die from malnutrition and disease in the weeks following the liberation. After the mammoth task of evacuating survivors, British forces destroyed the camp by fire to prevent the spread of typhus.

Muriel wrote extensive ‘Community Letters’ to family and friends in Sydney, recording her insights of the camp and the extraordinary suffering she witnessed:

“We drove past vast areas of burnt out huts with only the charred remains & a few odd bits of china & rusted & burnt metal to mark the site. Enormous graves holding from 500 to 8,000 bodies each are grim reminders of Nazi brutality. Practically no children under two survive. A crematorium complete with metal stretcher and long handled metal stoker, nearby, needs no explanation. No babies born in camp were allowed to live. An enormous pile of half burnt out leather boots & shoes, marks the place where they were dumped by the Germans to be used as fuel. The pump where so many were beaten to death as they crawled in search of water, was evident.”

Sister Doherty went on to assist thousands of survivors at the Bergen-Belsen displaced persons camp established nearby to the ruins. On 27 July 1945, she wrote to her friends:
“The work facing the liberators must have at first appeared insurmountable and praise is too high for those men and women who by their courage, energy, initiative & enthusiasm, brought to the survivors of this horror, tragedy and suffering, food & drink, cleanliness and sympathy and some glimmer of hope for the future.”

After returning to Sydney, Muriel resided for a time at the Queen Mary Nurses’ Home at Royal Prince Alfred Hospital and co-founded both the New South Wales College of Nursing (today the Australian College of Nursing) in 1949 and the Civilian Nursing Services Bureau. She died in 1988 at the age of 92.