My father, the artist Jonah Jones (1919-2004), was effectively a lifelong pacifist. As with many things, including religion, he was a doubter, but he never quite renounced his principles, for he hated war, having witnessed its dreadful depredations. 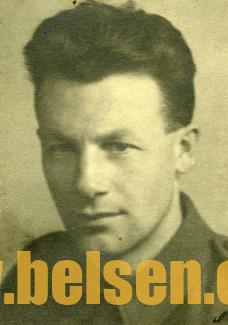 His father Norman served in the Great War at Gallipoli and on the Western Front. Wounded at Vimy Ridge in 1917, he was invalided out. Norman felt some bitterness about his war experiences, and always tried to ignore Remembrance Day. Clearly this had some effect on his son’s views. Then in late 1935 Jonah got a post as an assistant at Felling public library near his home on Tyneside. The librarian, Mona Lovell, was a convert to the Society of Friends and under her influence Jonah became interested in Quakerism. She became an intellectual and cultural mentor to him, helping to focus his reading and introducing him to new artistic experiences like classical music concerts, ballet and theatre. Mona played a vital part in Jonah’s development, and the two became close friends.

Jonah came to feel that he must do all he could as an individual to prevent another war. He joined the Peace Pledge Union and sold Peace News on the streets. Following the outbreak of the Second World War he was registered as a conscientious objector. In October 1940 he was sent to Exmoor to work as a forester, beginning almost three and a half years working on the land which took him also to Kircudbrightshire in south-west Scotland and Wensleydale in North Yorkshire. Mona and Jonah began a regular correspondence that continued until the late 1940s, when life took them in different directions. She kept all his letters, a selection of which, edited by me, is to be published this autumn by Seren Books.

Jonah’s letters during this time give a clear picture of life as a conscientious objector. The worst experience was his two months on Exmoor. The group of COs of which he was part was treated badly, underfed and made to work in sodden clothes that did not dry from the previous day’s soaking. The locals in a deeply conservative area were openly hostile, “waiting for the slightest excuse to beat us up, for we are hated in this valley, we know it only too well”. Solidarity between the COs soon broke down – Jonah describes a vicious row between Christadelphians and Plymouth Brethren. The four months in Scotland were better, at least initially. He lived in an isolated shepherd’s bothy with a small group of fellow COs in what he described as “six lads living out Communism in its simplest & most wholesome form”.

In Wensleydale, where he spent by far the longest time, Jonah was on the whole treated quite decently by people. He fell in with the Castle Bolton group of artists, who mentored him in his first uncertain steps towards a career in the arts (he grappled with watercolour painting during these years). Briefly he came under suspicion from the local policeman, who dimly thought this young man sketching landscapes and churches might be a spy, until Jonah got a permit from the area superintendent.

A crisis in his personal life in May 1943, and sheer exhaustion from constant tree felling (no power saws then), brought Jonah to a drastic reappraisal. He decided to enlist in the armed forces, but without renouncing his refusal to bear arms. He was finally called up eight months later and was drafted into the Non-Combatant Corps. Here he spent a dreary and frustrating eight months moving about sacks of flour and similar material.

Jonah was rescued from this in October 1944 when he was accepted into 224 Parachute Field Ambulance, part of the 6th Airborne Division. This was what he had been aiming for when he enlisted. He saw action in the Ardennes and Germany, and was among the first to enter the Bergen-Belsen concentration camp, spending a couple of days treating the sick and dying there. Jonah never had the slightest doubt that he had done the right thing by joining 224 PFA. He helped to save lives and heal the wounded, German as well as Allied. He was proud of his work and besides, he became friends with a number of artists, writers and designers who were fellow members of the unit. It was during this period that he decided conclusively to pursue a career in the arts after demobilization.

Jonah went on to spend almost two years stationed in Palestine during the final stages of the British Mandate. He became increasingly disillusioned with government policy towards Jewish refugees. The letters end with Jonah settled in Wales and establishing himself as a full-time sculptor and lettercutter. 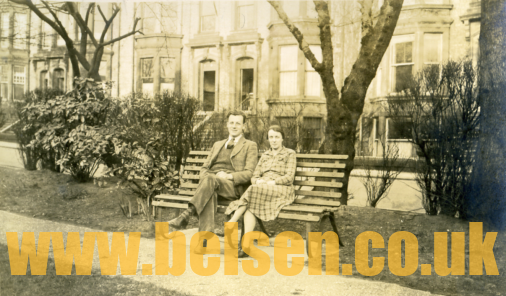 Jonah’s letters to Mona Lovell tell a fascinating story of life in wartime, both among civilians and in the Army. They also portray the remarkable people with whom he was close friends – poets, painters and others as well as the redoubtable Mona. Above all the letters are a significant record of one man’s experience as a conscientious objector in the Second World War, and make for rewarding reading.