Dr Han Collis, was a courageous life-long champion of children particularly in Germany’s immediate post-war horror, later in Nigeria, India, and in her adopted country, Ireland. 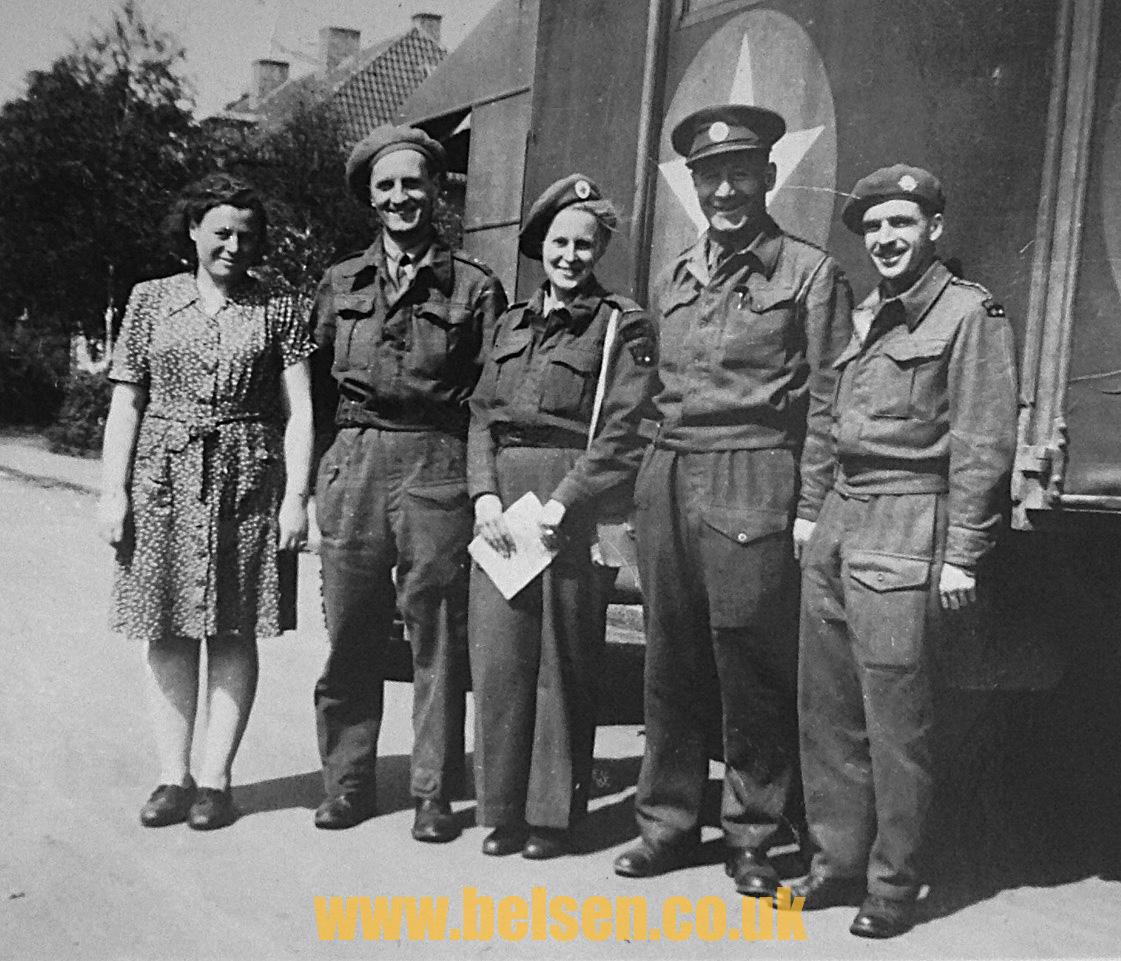 A Dutch Protestant patrician woman, Jan was one of many concerned European professionals who were drawn to care for survivors of the Holocaust, particularly those of the Bergen-Belsen transit camp after its liberation by British forces in 1945. She also had a distinguished United Nations career in refugee resettlement.

With Dr Robert Collis, then head paediatrician at the Rotunda Hospital, she brought six ailing, mostly Jewish, orphans to Ireland for adoption and institutional care. Collis, with his wife Phyllis, adopted two of them. Collis and Han later married.

This apparently indomitable lady, who once described herself as “tough as old boots”, had a very soft heart. She has been described variously by family and these “special children”, now in their 60s, as a determined larger-than-life character with a very strong sense of good and evil, “our surrogate mother”, and as “an angel”. But she herself had several sadnesses in her life. She lost her son of 14, Sean, in an accident, two dear husbands, and her other son, Niall, was born with a learning disability.

A singularly attractive 25-year-old law student, she was one of many eager volunteers Bob Collis recruited at Tilburg, Holland. With another Dublin paediatrician, Patrick McClancy, and surgeon Nigel Kinnear they went to the “Horror Camp” at Belsen.

The stench of death was apparent 20 miles off, a memory that stayed with Han Collis all her life. When she arrived with Bob Collis’s British Red Cross and St John Ambulance Brigade field hospital, malnutrition was killing about 4,000 people a day.

He set up a hospital for 500 orphans at Belsen, where prisoners were not gassed, but starved to death. But later she said of Belsen: “I remember more about love and devotion than I do about hatred.”

A linguist in five languages, including Yiddish, she played a vital role in interviewing mostly Jewish children from nine countries, where possible identifying their origins, finding new European homes for them and helping nurse the orphans. Placing five of them with Irish parents was instrumental in formalising adoption in Ireland.

She fell in love with the then well-known Dublin Church of Ireland doctor, who was however already married with two children. They found that they were well-matched kindred spirits, both very strong people sharing an activist social conscience. “We knew we loved each other . . . sharing the meaning of life and death,” he wrote later in his autobiography, To Be A Pilgrim.

After some years a very civilised divorce with Phyllis occurred. They had lunch regularly and Phyllis brought up the two children. Han and Bob married in London.

“Han” was born Johanna Hogerzeil in Amsterdam into a prosperous Dutch Protestant family, with a legal and medical tradition. They lived at “Bergoord”, a large house in the village of Oosterbeek, near Arnhem. During the war, Han had helped her mother, Zus, provide a “safe house” for four Jewish families at a holiday home near Arnhem. Bergoord was destroyed in allied fire during the Battle of Arnhem and the family lost all its possessions.

Like many students at Leiden University, where she read law for two years, she worked “underground”. With many others, she ceased her studies when the Germans insisted on a Nazi oath of allegiance. Her circle risked hiding Jews. If caught they would themselves be considered Jews and sent to camps – “if you like them that much”.

After the war, Sweden invited hundreds of the Belsen orphans to a Malmo hospital, for further recuperation. Since nobody claimed “our special children” Bob and Han brought them to Ireland, where they first stayed at Fairy Hill, a hospital on the Hill of Howth.

Han moved to Geneva where she worked for the UN High Commission for Refugees. She also worked briefly in New York.

She was transferred to the Inter-Governmental Commission for Refugees, in London. Because she hailed from a Dutch Mennonite family she was asked to take on the case of 10,000 stateless Mennonites from Russia who had come to Germany with the retreating Nazi army and were now personae non grata in both countries.

On the floor of an abandoned library she discovered a document showing that, in spite of 200 years in Russia, these families were actually of Dutch origin. It was proof enough for the International Refugee Organisation to settle them in Paraguay.

But Belsen had changed her life and her outlook. She now decided to become a doctor. She qualified at King’s College Hospital, London. Internship and postgraduate study followed at the Jewish Hospital in the East End. In Ireland she and her husband were later instrumental in setting up the Marino Cerebral Palsy Clinic in Bray, breaking barriers by rejecting the idea that cerebral palsy was a judgment of God. (Bob Collis took a special interest in the case of the artist, Christy Brown.)

After their marriage the new Collis couple took up posts in Nigeria. From 1962 she lectured in maternity and child health at the Lagos University and later at the Amadu Bello University. She became Assistant Medical Officer for Lagos. They were part of the new post-independence elite there.

They also worked with her brother, Dr Lykle Hogerzeil, at his leprosy mission in Dichpalli, Andrapradesh, India, during long visits. They returned to Ireland in 1970 after the loss of Sean.

After the death of Bob Collis in 1975 she sold most of their 125-acre farm at Bo-Island, Calary, Co Wicklow, and moved to Newtownmountkennedy, where she was a spirited local character (and notoriously eccentric driver).

In 1983 she married Donald McLean, a well-known retired accountant and charities activist. This was a companionable marriage and they both enjoyed world cruises. He died in 1997.

Bob Collis wrote several books and a play. Han was co-author of one on their Belsen experience, entitled Straight On.

Until she was 81 Han worked every Monday in a “War on Want” shop in Bray. Since 2001 she suffered from Alzheimer’s disease and moved to Greystones Nursing Home.

She is survived by her son Niall, her brother, Lykle Hogerzeil, her nephew, Uto Hogerzeil, his wife Sylvia, their children Michiel and Jolein; her “special children” and their families.