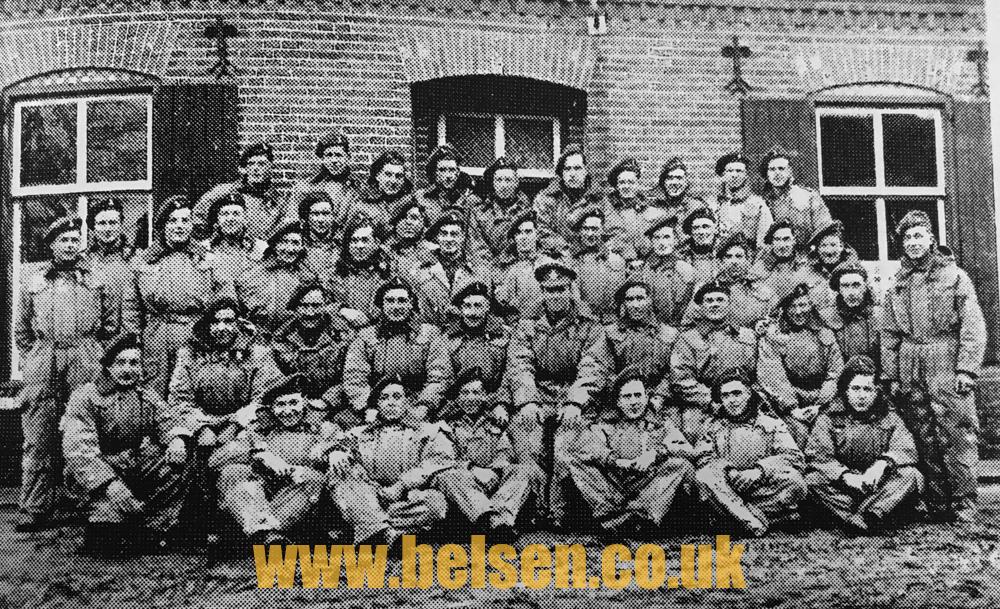 The unit were ‘first in’ Belsen. 15th April.
Hopefully further details to follow…

Having entered Belsen on 15 April 249 Battery were relieved on the 20th of April.

From Belsen the battery moved to Celle. Its task in Celle was to establish a camp for newly released Russian Prisoners of War.

Having been in Celle for just over a week another move was made to Luneberg where the battery would undertake garrison duties in the town.

Luneberg would become famous for the German surrender signed there on 7th May and Celle would become a name familiar to British servicemen serving in the British Army on the Rhine in the post war period, it being near the Bergen-Hohne base.

While 249 Battery remained in Luneberg, their commanding officer went home on leave and was there when the war ended. He and his wife attended a party given by the Parachute Regiment; an occasion recalled with much fondness in “Yeomanry Memories”.