My father Benjamin (Benny) Edwards was in the military police and was also sent into liberate Bergen Belsen. 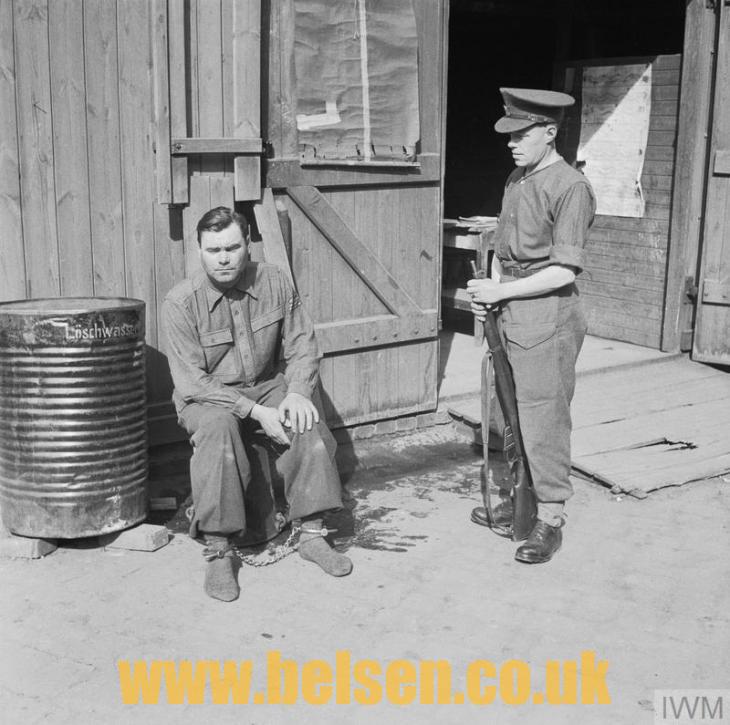 He very rarely talked about his experience there, it obviously effected him very deeply, however over a period of time he did share some of his memories and experiences of the horrific time he spent in Bergen Belsen. One of which was the arrest of the camp commandant Joseph Kramer (the beast of Belsen). There are images of this event which can be seen on many websites also in the archives of many newspapers entitled “The arrest of Joseph Kramer”. 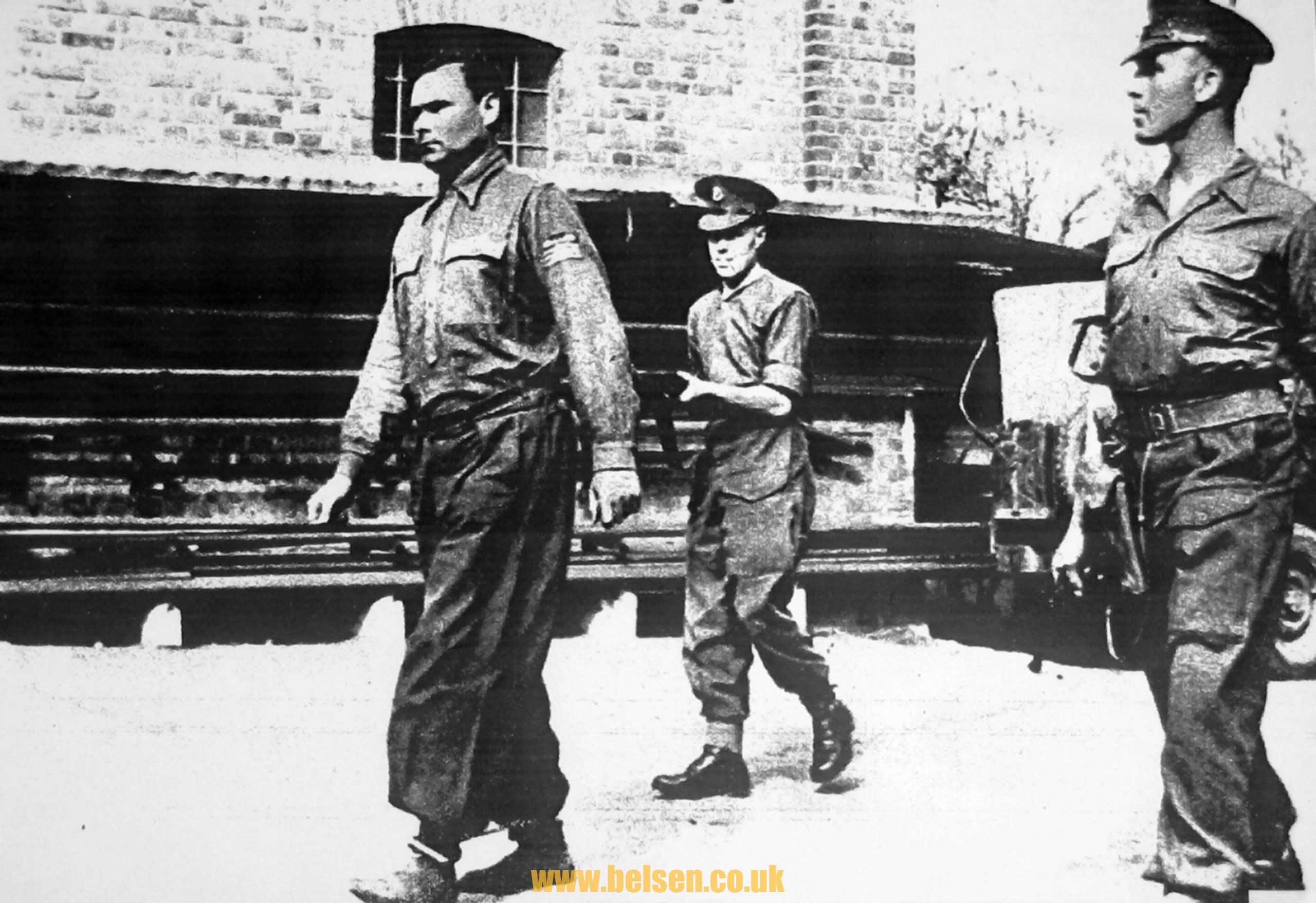 Some of the images show Joseph Kramer when he was arrested being taken by armed guards for interrogation. Kramer has leg-irons on as he is being taken across a courtyard in the camp to be questioned, to the left of Kramer is I think a MP corporal holding a pistol at the ready, behind and to the right of Kramer holding and pointing a rifle at Kramer is another MP. That MP was my father. A copy of the original photograph was given to my father from the weekly magazine Revellie many years ago, the original image I think is at the Imperial War Museum. I have managed to find other images of my father standing guard over Kramer on various websites.

Thank god Kramer was not shot and killed when arrested, but stood trial, was convicted and hung for his crimes. I would like to hear from anyone who might of known my father during the time of the liberation of Bergen Belsen or indeed knew him at anytime in his life.

Sadly in 1987 my father Benny died aged 65. I would like to hear from anyone who might of known my father during the war years or indeed anyone who just knew him.