Norman Turgel, a soldier in the British Army, met the woman whom he immediately knew he would marry. Just days later, they were engaged.
(53 Field Security section of British Intelligence Corps) 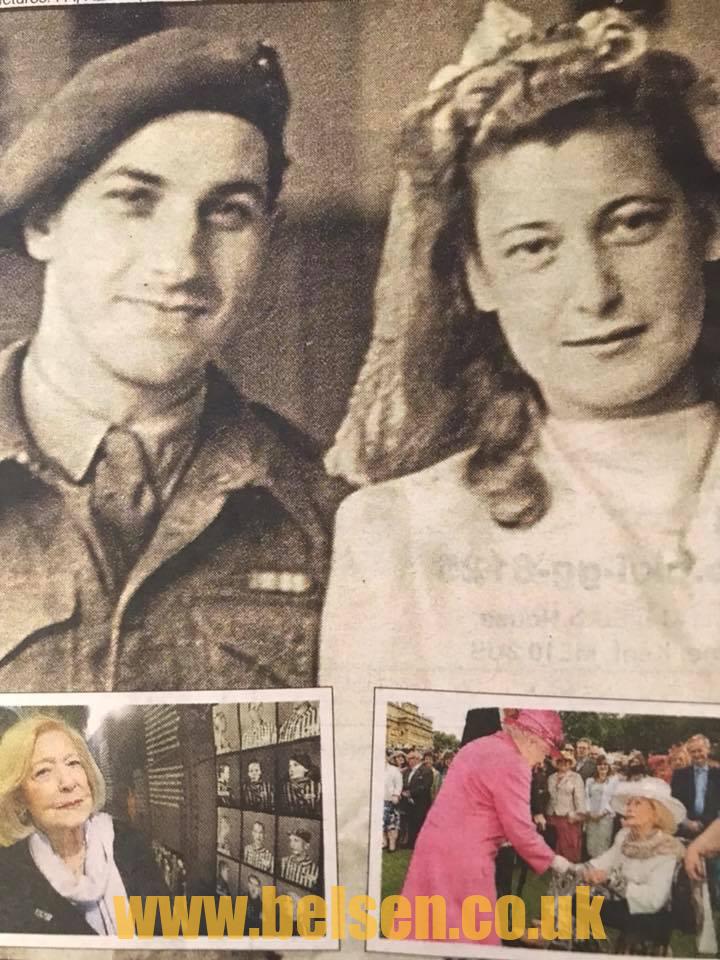 But Europe’s war was drawing to a close and he soon had to leave his new fiancée. In the months that passed without contact, his friend managed to get hold of a silk parachute, which a dressmaker turned into a wedding dress. Norman and Gena were married on October 7 1945.

While Norman and Gena’s whirlwind romance is like a fairytale, the setting for it was certainly not. Norman was one of the British soldiers who had liberated Gena from Bergen-Belsen concentration camp on April 15 1945. Gena had been living under Nazi occupation for six years, having survived the Krakow ghetto and Auschwitz-Birkenau. With the Allies closing in, Gena and her mother were sent on a death march to Bergen-Belsen.

The British liberation of Belsen almost certainly saved the lives of Gena and her mother. But for British soldiers like Norman, it was a shocking experience. Three days after he entered the camp, Norman woke up to find that he couldn’t move. He, and some of his colleagues, couldn’t walk. The doctor came and put pins in their legs but they couldn’t feel them. This lasted for 24 hours, and the doctors put it down to shock from the horrendous sights they had seen.

The British soldiers who liberated the camp were mainly young men who had already experienced years of battle against Nazi Germany, but Belsen was something for which they were completely unprepared.
The challenge of burying the dead, of having to bulldoze thousands of corpses into mass graves, is something that lived with them for the rest of their lives.

But the British troops had another difficult role. As one soldier reported at the time, a central concern was “how to help those who lived regain their humanity”. Soon after the British Red Cross arrived, a large quantity of lipsticks was delivered to the camp. The soldiers and medical teams were outraged — here they had starving, dying people and someone had sent lipstick!

But he recalled: “It was the action of genius…You saw [the women] wandering about with nothing but a blanket over their shoulders, but with scarlet lips… At last someone had done something to make them individuals again, no longer merely the number tattooed on their arm. That lipstick started to give them back their humanity.”

April 15 is not a significant date in our calendar, but it certainly should be. The dedication of the British Army on that day represents a uniquely British connection to the Holocaust of which, as a country, we should be immensely proud.

Reverend Leslie Hardman, a Jewish chaplain in the British Army who was at the liberation, and who married Gena and Norman, said many years later that after burying 30,000 people in April 1945, their wedding was a symbol of life after death.