My name is Andrea. I was wondering if anyone would be able to advise me on where I can start. I have a few photographs of his, the biggest clue I have is a group photograph with him in the middle and on the back it states 11th Armoured “The Black Bull” R.A.S.C. A couple of his photos also have the number “83” on. 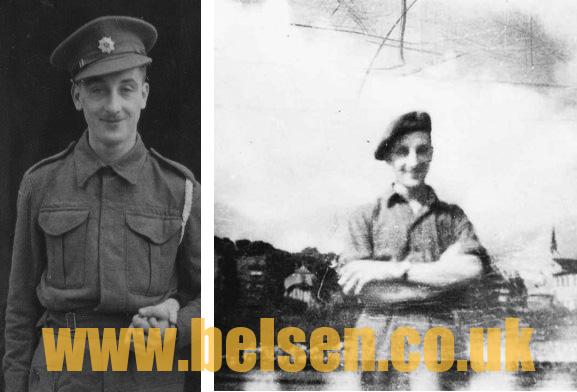 When he was still alive and I was much younger he made mention that he was at the liberation of Belsen and I believe he was involved in engineering as he mentioned converting exhausts on vehicles into “duck boats” in order to allow them to cross water. I also believe a couple of his photographs are from Hamburg. Ultimately I would love to know more about his unit and hopefully this will allow me to share the photographs with other families who may spot their father or grandparent in the photographs I have. 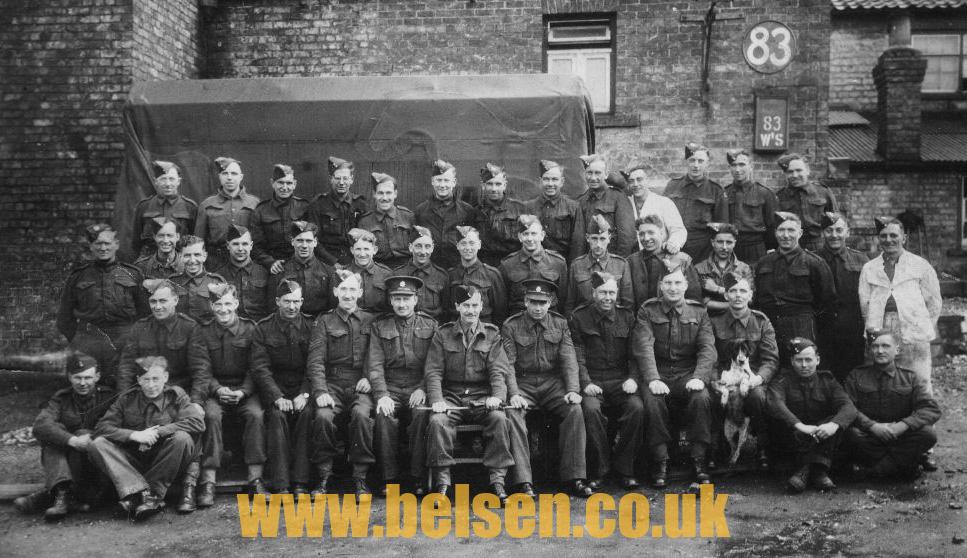 My Grandfathers name was Arthur Edwin Ashford. He was known as “Binky” to his friends in the war.
My brother found an old camcorder VHS tape that he had of my grandfather talking about the war. I have transcribed as best I could. He initially didn’t mention Belsen until the very end when my brother prompted him, it was very difficult to get any details about this.

Belsen – Americans were there. Didn’t know what it was at first. Drove up to it and could see piles of bodies, everyone was angry. Carted all of the villagers in to bury the bodies. They were all crying, told them it was their fault what their menfolk had been doing. Germans were rounded up and all weapons taken off them.

Pulled in one day and allowed to talk to the German people if they wanted to, some of the young lads would come up to the camp for souvenirs. Staff sergeants, sergeant majors and corporals at separately for breakfast and drove to a building in the town. My grandfather was friendly with a 15 year old girl and her 11-12 year old brother who he would give chocolate and corned beef to. One morning the girl’s brother (11-12) was killed by a sergeants lorry on his way to breakfast. My grandfather was asked to go to the funeral. He said the sight of the small coffin completely broke his heart.

Feedback
I think that “83” indicates that he was a member of the armoured brigade RASC company of 11th Armoured Division which was 171st Company. I also noted the “W/S” on the wall which stands for Workshops [platoon] which ties up with your comment about ‘engineering’.
Tom O’Brien.