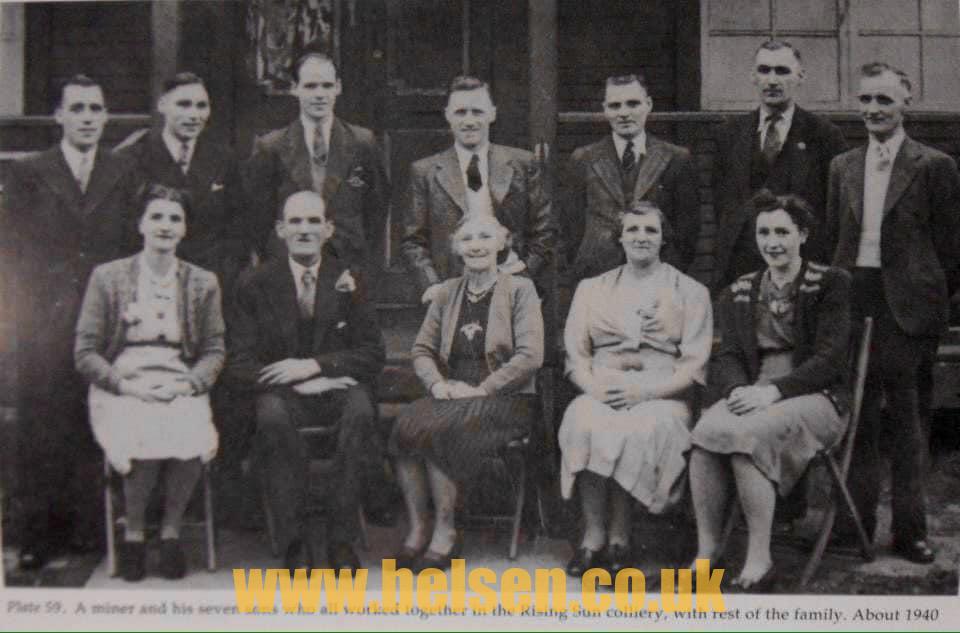 He is the man standing in the middle at the back of the family photograph and possibly, but by no means certainly, could be the soldier sitting on the tank turret wearing a beret in the second photograph?
From what he told me he was a sergeant tank commander, apparently with the 3rd Royal Tank Regiment judging by the green identification tapes that he kept from his uniform as well as his cap badge and sleeve insignia.
He told me he fought through Normandy and the Ardennes in a Sherman tank, a AFV for which he had little respect and which proved lethal for his crew as they were all killed in their burning tank, he was the only survivor.
He told me he tried to pull another crewman out but my grandfather’s clothes were on fire and he was being machine gunned by the enemy so he had to roll on the ground to put the flames out and find cover.
He used to say you could open up a Sherman with a can opener and it’s shells would bounce off enemy tanks, not a very reassuring prospect in battle.
Once after a battle in which several tanks were destroyed he and “a little Welsh bloke” went out to retrieve dog tags from crewmen killed inside their tanks, a task he never repeated. He spoke little to me of the war, usually only after a couple of pints on a Friday night.

He mentioned being strafed by an enemy aircraft while off duty playing football, sadly also resulting in further losses. He talked about the freezing cold and deep snow in the Ardennes and an old woman walking miles through it just to get a handful of potatoes. He told me about getting lost at night on a dark forest road and getting out of the tank for a call of duty behind a tree then hearing the distinctive sound of enemy armour moving unseen nearby, he said it was a good job he’d had his trousers down!

And the last event he spoke about was the liberation of Belsen Camp, of driving the tank down another forest road and suddenly finding camp inmates staggering out from the trees onto the road beside them. He did not enter the camp but stopped the tank and gave out some chocolate before moving off to pursue the retreating enemy.
So he survived the war and eventually came home to my grandmother and his two little daughters although his experiences must have left their mark on him. There was once a box of small photographs that he had taken during the war. I remember one taken from a tank turret showing the gun barrel pointing out across a smoky battlefield, some of tank crews sitting on their Sherman’s in little villages, and sadly one of a dead enemy soldier in a foxhole and four graves with crosses which I presume were my grandfather’s tank crew.
Unfortunately, without asking me, a family member threw these photographs away after my grandfather died in 1992 along with a box containing his cap badge, uniform insignia, medal ribbons, pistol lanyard and dog tags. I don’t think the war ever left my grandfather and he never forgot his mates who did not come home. I would have liked to have spoken to someone who served with him but sadly it is now probably too late.