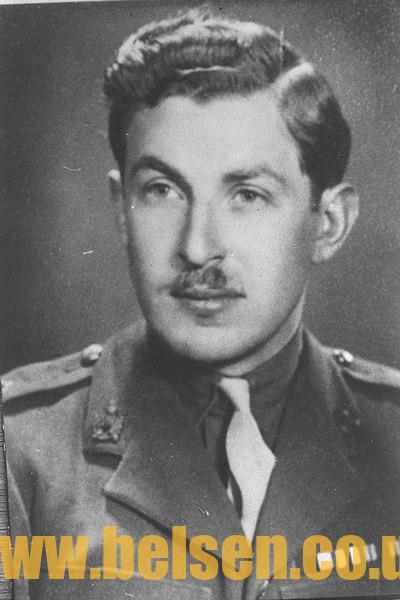 A talented athlete, Herzog (Sept. 17, 1918–April 17, 1997) was a junior bantamweight boxing champion in his native Ireland.He was also an avid cricket and rugby player. In his later life he became a proficient yachtsman. He served as a major in the British Army during World War II, and was among the liberators of the Bergen-Belsen concentration camp, where a memorial stone stands in his honour.

He subsequently headed the IDF’s military intelligence, and retired with the rank of major-general. He served as a military attaché in Washington, was a lawyer, businessman, diplomat, politician, radio and television commentator in Israel and on the BBC, and a prolific writer. Chaim Herzog served as Israel’s sixth president between 1983 and 1993.

Latest | A B C D E F G H I J K L M N O P Q R S T U V W Y Z | Submit a name
There are currently 6 names in this directory beginning with the letter I.
Ibbotson, J Lt (113th LAA)
(113th LAA)
Submitted by: 113th DLI Archive
Illingworth, James William (Jim) Gnr. (113 LAA)
Gunner James William Illingworth and I live at Cheshire. Featured on Cine film 24th April, 1945 More
Submitted by: Belsen Archive
Impey, Lilian (FRS Team 100)
In April 1945, FRS Team 100 under Lilian Impey was summoned from Belgium to the concentration camp at Bergen Belsen, just days after it had been liberated by the British army. Photo More
Submitted by: Belsen Archive
Innes, Allan Johnstone (113 LAA)
55 Searchlight Regt RA: 113th LAA Enlistment Date: 13/03/1939
Submitted by: 113th DLI Archive/Belsen Archive
Irwin, Samuel Thompson Capt. (later Maj.)
General practitioner Andover 1946-82 (b Belfast 1915; q Queen's Belfast 1938), d 2 April 2000. As a captain in the Royal Army Medical Corps, he was involved in the evacuation of Dunkirk, field hospitals in El Alamein, and returned to Normandy on D-Day. He later helped at Belsen camp, a subject about which he declined to speak. Demobilised in 1946 as a major, he joined a singlehanded practice, which grew to be the largest four man partnership in town by the end of the 1960s. He became senior partner in 1959, and was a driving force behind the new health centre. Outside medicine, he enjoyed sailing in his motor yacht, golf, and visits to his daughter in Corfu
Submitted by: Belsen Archive
Isaac, Cyril - Photographer
Together with Alan Moore, was one of two Australian photographers who found themselves present at the liberation of the Bergen-Belsen concentration camp on 15 April 1945. Their photographs unflinchingly capture the horror of the camps.
Submitted by: Belsen Archive