Ted Smith, 92, was a Canadian pilot during the Second World War who saw frequent combat. But it is a spring day in April 1945 that’s seared into his memory. He arrived at Bergen-Belsen, the Nazi concentration camp, two days after it was liberated. Here is his description of the horrific scene he encountered. 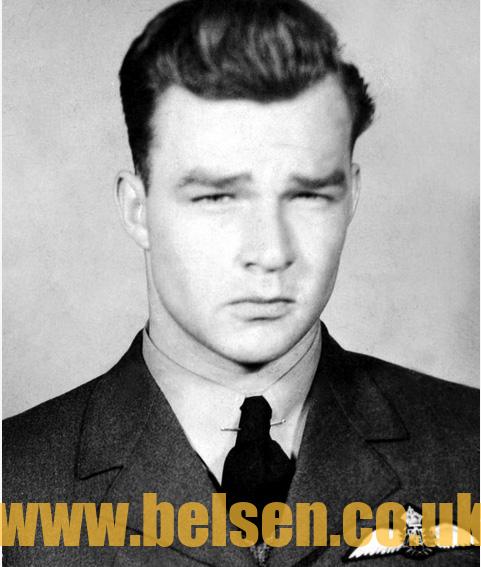 We heard about what was happening there, so four of us got in a truck and off we went with some food and some blankets and that kind of stuff. When we arrived at the camp, we were squirted with a white substance that turned out to be DDT.

I never expected to see the horrors I saw. It was beyond belief. People would be walking along a pathway inside the camp, staggering, and they’d just fall down on the ground. They were starving to death. One guy just lay down and died while we were watching. There were pits. There was typhus in the camp.

The Brits realized they had to do something about it — and the Germans always kept excellent records, so they weren’t worried about getting names for each body — so they dug great pits with a bulldozer. In those first few days, they had the bad guys picking up the bodies and putting them on flatbed trucks. Then one guy would take the feet and another guy would take the arms, and they’d swing the body back and forth and toss it into the pits. These bodies would fly through the air, all loose, their arms and legs flopping all over the place. It was quite a thing to see. Just awful.

They were being thrown in the pits naked because they needed the clothes for other inmates. I presume that was it. Once the Brits got there, they probably burned those clothes if there was typhus and fleas and lice on them. They had blankets for the prisoners.

I nearly shot one of the Germans, I got so angry with him. He turned around. We were photographing what was going on. This guy turned around to look at us and that angered me so much that I started screaming at him and took my gun out and waved it in the air. I wanted him to turn back, which he did.

We had Canada badges on our shoulders. I remember this one prisoner saw the Canada badge. He could read it. He just took his hands out from under — he must have been in a blanket; all I can remember is his hands — and moved his fingers to form an apple and said something like, that is where you get the big apples, beautiful big apples. He spoke English.

Things happen in the war so quickly. You’re in a thing where so much killing is going on anyway — like with us in an airplane, you don’t really see someone’s eyes when you kill a person. When you’re in an aircraft, you’re just bombing what you’re supposed to bomb. You’re just detached. You’ve got a job to do and you do it. But this was real. And horrible.

I didn’t cry at the time. But I get all teary-eyed now. Of course, I’m old now, so I get that way anyway.