It is really pleasing to know there are many families of the personnel who served at Bergen Belsen concentration camp who are still actively remembering their relatives and the important roles they played during the liberation.

This archive looks to gather all the names, photos and information currently available and quite often it will develop into more – and that is great for everyone.

It is a fact the medical students, from the London colleges, who flew out to Belsen did an incredible job. They saved many, many lives and families of this young group of men – essentially their very first ‘job’ should be extremely proud. All went on to have distinguished careers, many in medicine.

Several of the Belsen medical students wrote diaries and accounts that have been subsequently published and are often quoted in contemporary books. The students are all named (albeit there is a decrepancy of whether there were 96 or 95!) yet for some, unbelievably, there is very little information available. 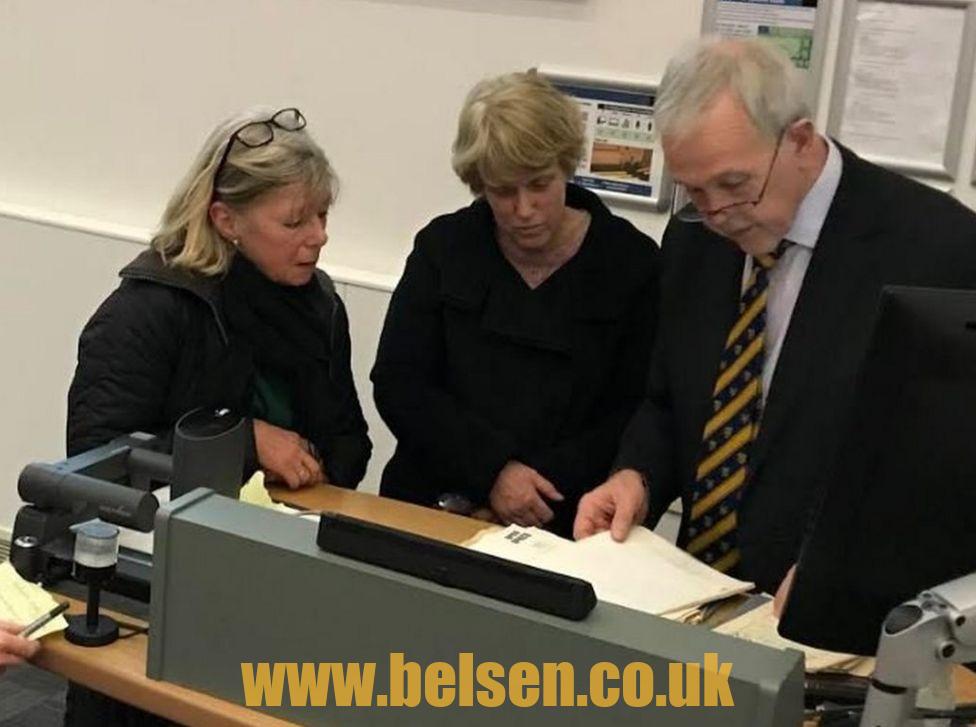 So a recent find on the BBC relates to Prof Stephen Challacombe, a professor of oral medicine at King’s and a medical historian. In the article a number of family members took part in a talk. Here (Photo Above) Gilly Kenny and Jenny Meade whose fathers, John Kenny and Bernard Meade, were among the King’s College contingent and remained lifelong friends.

So here is a blatant appeal for any family members of any Belsen Medical Students to please get in touch. We’d like a photo of every student that went to Belsen. If known, what hut they worked in or any other details – we’d like to remember their incredible efforts and to pay tribute to them properly on this archive.
Thank you.

Also within the article...
John Reynolds
“It deeply affected him and his trust in human nature,” says Anne Stephenson of her father John Reynolds, one of the London medical students who arrived at the notorious Belsen concentration camp in May 1945 to help care for survivors wracked by disease and starvation.

“People in all stages of disease. Many were dead. Practically all were emaciated,” John Reynolds, then a 23-year-old student at St Thomas’s medical school, wrote later.

“Nearly all the internees had violent colic or diarrhoea.”

They were suffering from a range of diseases including cholera, typhus, tuberculosis, sores, boils and gangrene.

“The people themselves were, on the whole, hopelessly filthy with no sense of decency or pride in themselves, treating the dead as furniture and their beds as latrines.”

He carried these experiences with him for the rest of his life, says Anne, herself a doctor and a member of the academic staff at King’s College London Medical School of which St Thomas’s is now part.

“He had post-traumatic stress disorder, honestly. He had terrible PTSD that was never treated.”