Born in August 1920, Norman had worked as a builder’s labourer before the war. He enlisted into the Royal Army Service Corps and was in France with the British Expeditionary force, being evacuated from Dunkirk in May 1940. 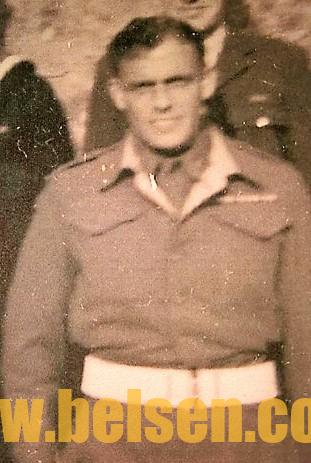 He then served with the Eight Army in North Africa, Sicily and Italy. He arrived on the Normandy beaches on 12th June 1944 and assisted in unloading the vehicles of the 11th Armoured Division the following day. Attached to the 11th he took part in Operation Epsom on 26th June and then Operation Goodwood and Operation Bluecoat, going on to cross the Seine on 28th August 1944. He fought through the Low Countries into Germany and was present at the liberation of Bergen-Belsen concentration camp on 15th April 1945. He returned home in 1946. He died in Banbury in July 2000 aged 79.